9th span of Padma Bridge to be installed today 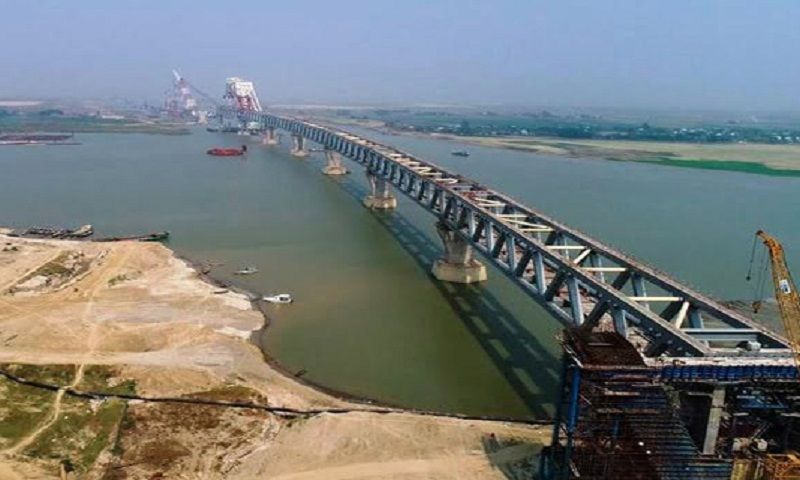 The ninth span of the 6.15-kilometre long Padma Bridge is being installed on 34th and 35th pillar at Jajira end in Shariatpur district today, report BSS.

The 150-meter long ninth span will be installed on two pillars at Janjira point at 11:00am today.

With the installation of the ninth span at Janjira point, 1,200-meter of the main structure of this mega bridge will become visible, while 150 meters will be visible at Mawa point.