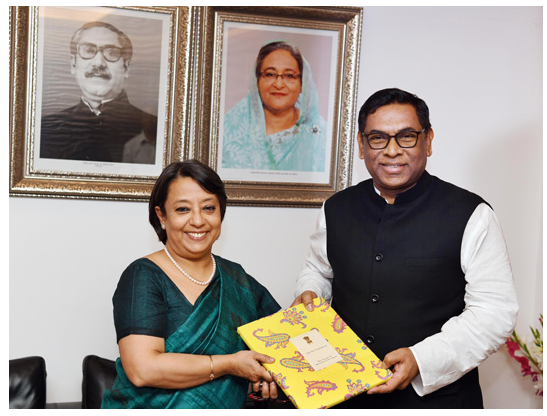 Newly appointed Indian High Commissioner in Dhaka Riva Ganguly today said entrepreneurs of her country are willing to invest in Bangladesh’s power and energy sector as she called on state minister for energy Nasrul Hamid at his office here.

“The private Indian enterprises are eager to invest in Bangadesh’s power and energy sector,” an energy ministry press release quoted the envoy as saying during the meeting at his Bangladesh Secretariat office.

The state minister welcomed the new High Commissioner and said Dhaka-Delhi ties deepened as the two governments have been working cordially since last ten years.

They also touched at prospective sectors of cooperation between Bangladesh and India.

Among others, the first secretary of the Indian High Commission and officials concerned were present.