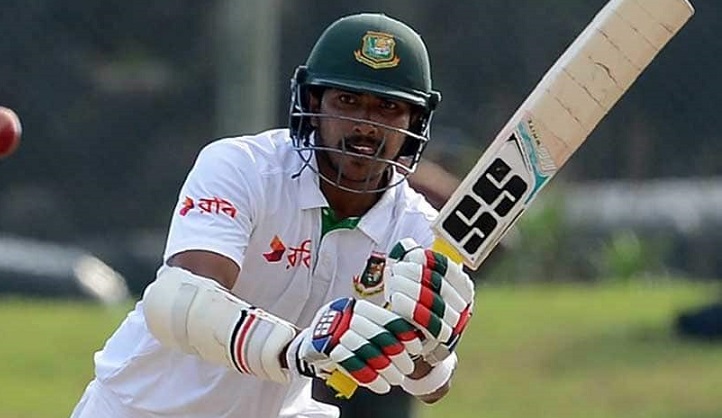 With Shakib Al Hasan, the veteran all-rounder, expected to miss the opening Test in Hamilton due to a finger injury, Bangladesh have opted to select the top order batsman. Soumya, who was included in the 15-member ODI squad for the just concluded three-match series versus New Zealand, was asked to stay back. Meanwhile, some of his teammates, who are not part of the Test set-up, would be returning home.

The left-handed batsman compiled only 30 runs in the Test series against the Windies at home and subsequently, was dropped from the initial Test squad to take on New Zealand.

''We have included Soumya Sarkar in the Test squad as we need an experienced campaigner in the squad,'' Habibul told Cricbuzz and added that they are not ruling out the possibility of Shakib making a return for the second and third Tests.

''We are not ruling Shakib out totally from the entire Test series against New Zealand, but certainly he will be missing the opening Test. We are waiting to see how he fares after opening the clip that surrounds his finger. And later, we can take a decision regarding him because if there is substantial improvement, he can always join the squad during later part of the Test series."

Shakib was ruled out of the three-match ODI series in New Zealand after sustaining an injury to his left ring finger in the Bangladesh Premier League final between Dhaka Dynamites and Comilla Victorians at the Sher-e-Bangla National Stadium on February 8.

The BCB then announced that the affected area has to be immobilized for around three weeks. It effectively ruled him out of the first of the three Tests against New Zealand, which starts on February 28 in Hamilton.