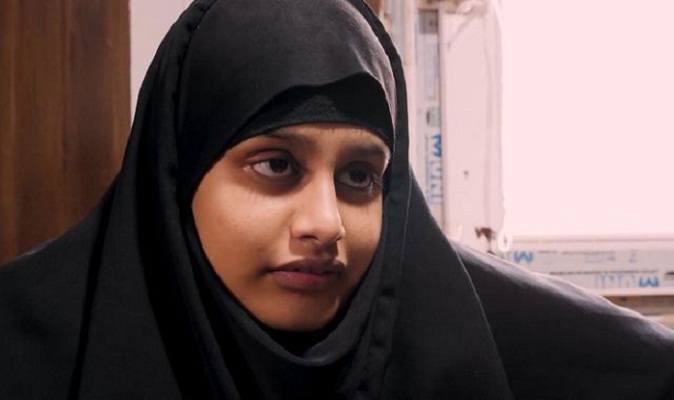 Shamima Begum, who joined the Islamic State group in Syria aged 15, is to lose her UK citizenship.

The family's lawyer, Tasnime Akunjee, said they were "disappointed" with the decision and were considering "all legal avenues" to challenge it.

In a BBC interview, Shamima, who has just given birth, had said she now wants the UK's forgiveness and to return home.

ITV News said Shamima's mother had received a letter from the Home Office on Tuesday.

The letter said Home Secretary Sajid Javid had ordered the move and it had already been processed.

It asked the mother to let her daughter know of the decision and to inform her she has a right to appeal.

Whitehall sources confirmed the home secretary had taken the decision.

Javid told MPs on Monday he would not "hesitate to prevent" the return of Britons who travelled to Syria to join IS.

He said more than 100 dual nationals have already lost their UK citizenship after travelling in support of terrorist groups.