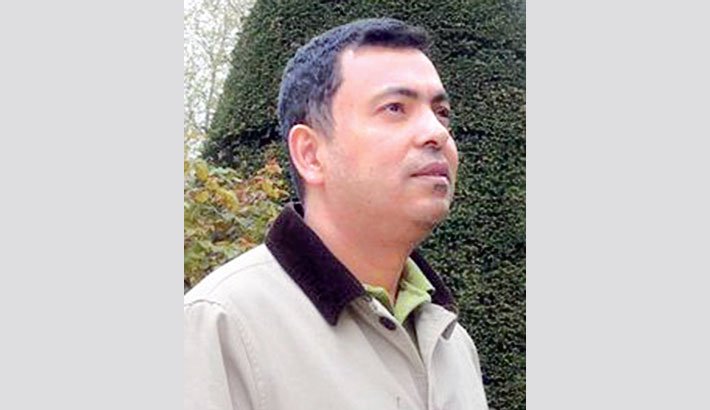 The charge sheet was sent to the secretary to the Ministry of Home Affairs on Monday for approval, Counter Terrorism and Transitional Crime (CTTC) unit chief Monirul Islam said at a press briefing at DMP Media Centre in the capital.

Although Shafiur Rahman Farabi is not a member of the outfit, but he was indicted as he used to update instigating statues against Avijit on social media.

Detected police arrested one direct killer named Mukul Rana alias Shafikul Islam alias Hadi, 23, who was killed in a ‘gunfight’ with detectives at Khilgaon on June 19, 2016. So, he  was not included in the charge sheet.

Of the charge-sheeted accused, Saimon, Sohel and Arafat gave confessional statement in court. Of them, Ziaul Huq and Akram Hossain are absconding while four others are in jail. The charge sheet is likely to be submitted in a Dhaka court on Tuesday, Monirul Islam said.

Avijit, a Bangladesh-born US citizen, also son of  Professor Dr Ajoy Roy of the Department of Physics, Dhaka University, was hacked to death on the university campus when he along with his wife Rafida Ahmed Bonya was returning from Ekushey book fair at Bangla Academy on February 26 night in 2015. Bonya was critically injured in the attack.

A case was lodged with Shabagh police under Penal Code on February 27. The charge sheet was prepared under Anti-Terrorism (Amendment) Act-2013.  However, Avijit’s father Dr Ajoy Roy expressed his dissatisfaction over the charge sheet.

During briefing, Monirul said Syed Mohammad Ziaul Huq alias Major Zia, 42, a leader of banned militant outfit Ansar Al Islam was the planner of the gruesome murder. The organisational name of Zia, who was also the planner of a foiled army coup, is Sagar alias Boro Bhai.

A total 11 militants were involved in the murder, the police official said, but five could not be identified. Once they are traced, they will be indicted in the supplementary charge.

Monirul revealed that Avijit was killed for his two books, ‘The Virus of Belief’ and ‘The Philosophy of Disbelief.’

Following a decision of his killing, the militants, in two groups, intel and killer, began collecting information about him from his relatives, neighbours and others, who were known to him.

At one stage, they came to know that Avijit would come to Bangladesh from America during Ekushey book fair.

The militants hired a flat in Elephant Road area. On February 22, they first saw Avijit at the book fair at Jagriti Prokashony, owned by Faisal Arefin Dipan, who was also killed by militants at his office at Aziz Supermarket on October 31 afternoon in 2015.

On the first day, the militants followed Avijit upto Dhanmondi-27 aiming to kill him, but failed as his wife accompanied him.

Local police and detectives investigated the case for three years. Later, it was shifted to CTTC one year ago.

In response to a query, the police official said, “Zia is not active. Once he becomes active then we can trace him.”

Months after the murder in 2015, RAB arrested Towhidur Rahman, Shafiul Rahman Farabi, Sadekur Rahman Mithu, Alimul Mallik, Abul Bashar, Julhaj Biswas and Jafran Al Hasan, members of Ansar Al Islam, from various parts of the country and claimed them to be the killers of Avijit.

“On the day of murder, the five militants assembled on the playground of Dhaka University Mohsin Hall three hours before the incident,” he said.