'Shuttle Train' to be released on Feb 24 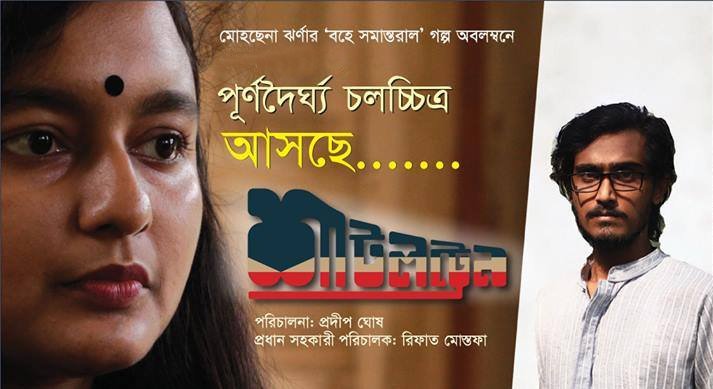 'Shuttle Train', a full-length film based on Chittagong University, is set to be released on February 24 in the capital.

The film will be screened from February 24-28, (at 3pm, 5pm and 7pm) at Shawkat Osman Auditorium of Public Library in Shahbagh.

Information Minister Dr Hasan Mahmud is expected to inaugurate the film-launching ceremony, who is also a former student of the university.

The first mass-financing film in Bangladesh, Shuttle Train, directed by Pradeep Ghosh, is based on the novel of Mohsena Jhorna's "Bohe Somantoral", centering the Shuttle Train of the university.

All the actors of the film are current and former students of the university. Notable characters have been played by Imran Hossain, Indrani Ghatak, Sadia Afroz, Dharmaraj Tanchanga, and Annesha Mazumdar.

Imran Hossain, who is playing the leading role of the film, said, "Being a student of Dramatics, I have experience of acting on stage. However, I had a dream of working in a film as a leading character and it comes true finally. Around hundreds of youth of our university worked hard to make the film. Hopefully, viewers will find out the beauty of the university through its visualization."

The film will also be screened at different parts of the country later, said the director.