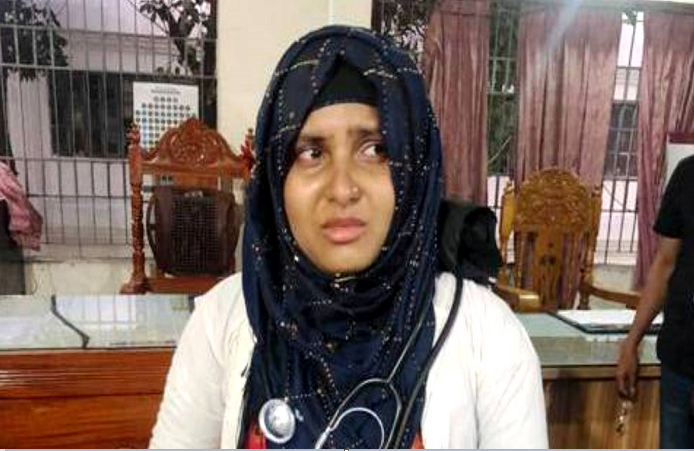 Mohammad Mohsin, officer-in-charge of Kotwali Police Station, said that Ruma used to address her as a doctor of CMCH and took money from some 20-30 women alluring them to give nurse job at CMCH.

Faisal Bin Mannan, who filed a case against Ruma on behalf of a victim and his aunt Abida Begum, said that Ruma took money from Abida and other women and went into hiding.

Being failed to contact Ruma, Abida informed the matter to her family members, he said.

Later, Faisal requested Ruma to come to New Market in the afternoon to have chitchat.

Being informed the matter, other victims who gave Ruma money, gathered there.

Sensing danger, when Ruma was trying to flee the scene, police arrested her.

In primary interrogation, Ruma confessed about her deception.