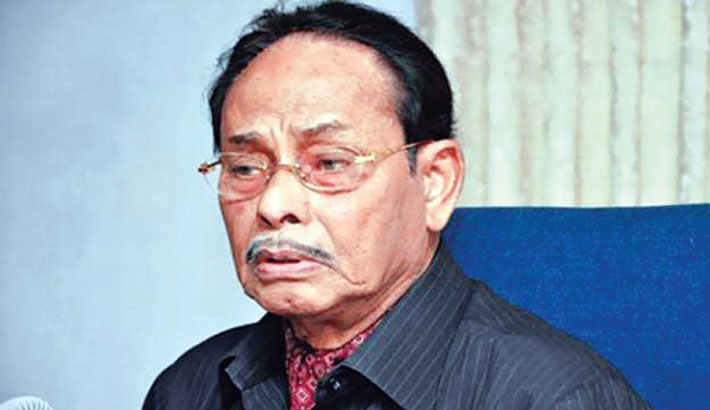 While heading for the House in a wheel chair, Ershad told reporters, “I’m alive.”

He reached the lobby at 4:45pm and entered the House around 5:00pm in company with JP co-chairman GM Quader and secretary general Mashiur Rahman Ranga.

Entering the House, the JP chairman waved at the lawmakers present there.

Ershad, who was elected MP from Rangur-3 constituency, took oath on January 6, a month after most of the lawmakers were sworn in, due to his illness.

Other lawmakers of his party took oath on January 3.

Although the 11th parliament started its journey on December 30, Ershad remained absent on health grounds.

He became ill before the 11th parliamentary elections and flew to Singapore for treatment.