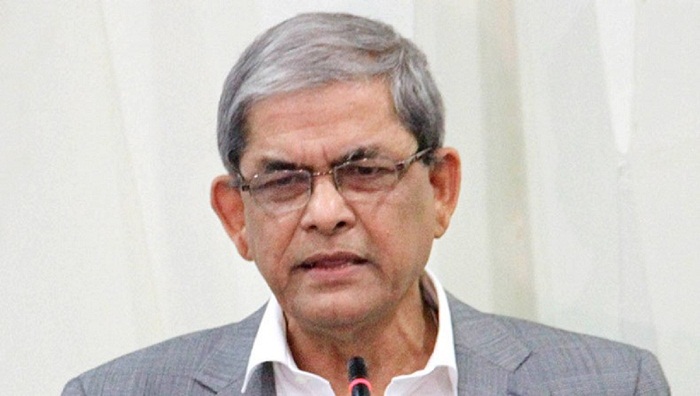 Terming Prime Minister Sheikh Hasina’s address to the nation deceptive, BNP on Friday turned down her call for taking oath by MPs of the party to join the 11th parliament.

“People’s verdict was not reflected in the December-30 election as the ruling party indulged in a serious and unprecedented vote robbery. They usurped power through such unacceptable polls, and now called upon the opposition to go to parliament,” BNP secretary general Mirza Fakhrul Islam Alamgir said while talking to UNB in his reaction to the Prime Minister’s speech.

The BNP leader further said, “We think her (PM’s) address to the nation is another deception to people, and she tried to fool people through it.”

Earlier in the evening, the Prime Minister in her televised address to the nation urged the elected Members of Parliament from the opposition party (BNP-led Jatiya Oikyafront) to take their oath and join Parliament.

Sheik Hasina addressed the nation following the formation of her new government earlier this month as Awami League got a landslide victory in the December-30 parliamentary elections.

The new cabinet was formed on January 7. The maiden session of the 11th parliament will begin on January 30.

Fakhrul said their party’s position not to join the 11th parliament is very clear. “How will we consider it as an elected parliament? We’ve already turned down the election and its results. So, no question can be raised over taking oath by our MPs.”

He renewed their party’s demand for reelection under a neutral government annulling the December-30 polls.

“All parties will join the election if it is held under a neutral administration and a new parliament, and the government can be formed based on its results,” the BNP leader added.

In her speech, Fakhrul said the Prime Minister has given an explanation as to why her party won the election. “Her explanation has demonstrated that they didn’t actually win the election. There’s no need to explain the victory if it is achieved in the right way.”

The BNP leader also claimed that the election was accepted neither by people nor by national and international media and foreign countries.