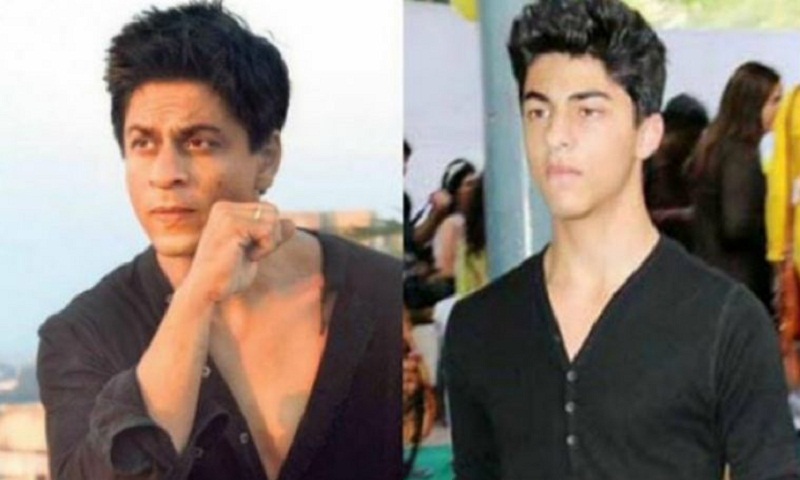 Actor Shah Rukh Khan’s son Aryan Khan informed his followers that his Facebook account has been hacked. Aryan, who is studying at University of Southern California, posted a message on Instagram, “Facebook hacked please ignore anything from it.” The 21-year old has close to 1 million followers on Instagram, report Hindustan Times.

While Aryan is media shy and has made it clear that he doesn’t want to pursue acting, speculation about his debut refuses to die down. Shah Rukh’s close friend, filmmaker Karan Johar had earlier said that he will launch Aryan in Bollywood. Talking to Hindustan Times earlier, Shah Rukh had said, “It’s very sweet of them [his industry friends], and they have the right. If Aryan decides to be an actor, it will only be an honour for him to work with directors of that calibre. But I think he wants to be a filmmaker.

“Aryan is studying to be a filmmaker and a writer, while Suhana wants to be an actor. But even if he wants to be a filmmaker, he needs to study for another five to six years and not just the literal form of studying, but probably be an assistant to Karan after he finishes his film-making course. Aisa nahi hai ki tumhara baap actor hai toh set pe aake assistant director ban jaao. Similarly, Suhana should learn acting for another three to four years if she wants to be an actor. I know many of my industry friends feel my kids should start acting [in films] tomorrow. But it’s my belief that they shouldn’t start acting [in movies] yet.”