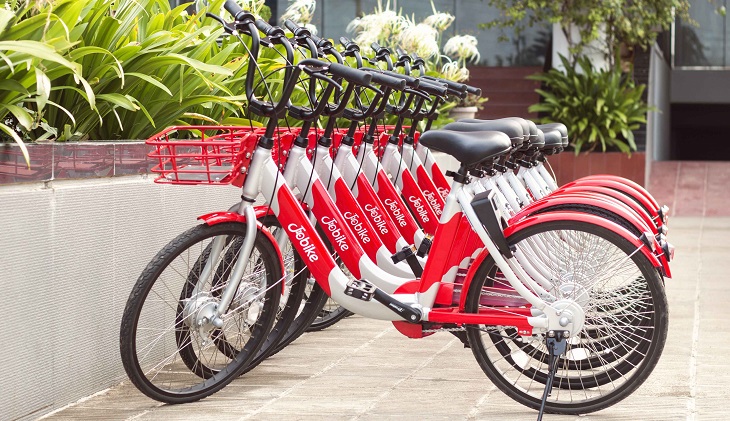 Bicycle sharing service, JoBike, kicked off its operation in Dhaka on Saturday on a pilot basis just one year into its introduction in the tourist city of Cox’s Bazar last January.

Founder and chief executive of Jobike Mehedi Reza said the country’s first two-wheeler on demand will now be available in Mirpur DOHS (Defense Officers Housing Society) on a pilot basis started with 50 bicycles.

Apart from Cox’s Bazar, the service has already been launched commercially in two public universities--Jahangirnagar and Chittagong.

For every minute, a rider will be charged Tk 1 in Dhaka, the same as Cox’s Bazar. However, on the two university campuses, the service is being offered for Tk 3 every five minutes.

The JoBike application has already been downloaded 35,000 times and it is increasing every day and on average every day their bikes are being used about 3,000 times.

Currently, 100 bikes are running in Jahangirnagar University, 50 in Cox’s Bazar and another 50 in Chittagong University.

However, within this week they will add another 50 bikes in Chittagong University as the demand is very high, Reza added.

“Our plan is to make the service popular within one month in the capital and move for some residential areas like Basundhara.”

As it is a very environment friendly transport system, this kind of bicycle sharing service is very popular in different other countries like China and Singapore.