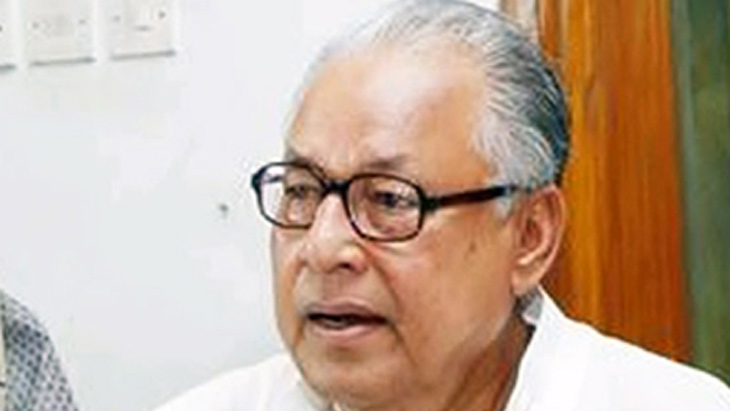 BNP standing committee member Nazrul Islam Khan on Saturday said there is no Jamaat-e-Islami candidate in the 11th parliamentary elections.

"They (Jamaat leaders) are BNP-nominated aspirants. They’re contesting the election with BNP’s symbol 'Sheaf of Paddy'. Jamaat didn't nominate them. BNP nominated them," he said.

The BNP leader came up with the remarks while talking to reporters at Nirbachan Bhaban.

A BNP team, led by Nazrul Islam, came to the Election Commission to submit a letter containing its demand to either give them a scope of fielding alternative candidates or reschedule the election in the seats where its candidates have been declared disqualified by court.

Replying to a query about those candidates whose names and posts were mentioned in the official website of Jamaat, the BNP leader said, "It’s not a matter at all. The main thing is whether it’s legal or illegal as per the law. Jamaat is not a registered party. We don't know who supports Jamaat."

“Had it been illegal, the Election Commission would have rejected their nomination before distributing the electoral symbol,” he said.

Nazrul Islam said Awami League always says it accepts every decision of the Election Commission. "Then why’re they creating obstacle in every step now?" he asked.

Mentioning that attack on, arrest and harassment of BNP aspirants, and leaders and activists continued across the country, Nazrul Islam said the High Court is declaring the candidacy of BNP candidates illegal on one hand and those are being declared valid are coming under attack on the other.

Responding to another question about foreign observers, the BNP leader alleged that the government is creating obstacle so that they cannot come here. “If they don't get visas, how will they come here? The government is trying to stage a farce in the name of election."