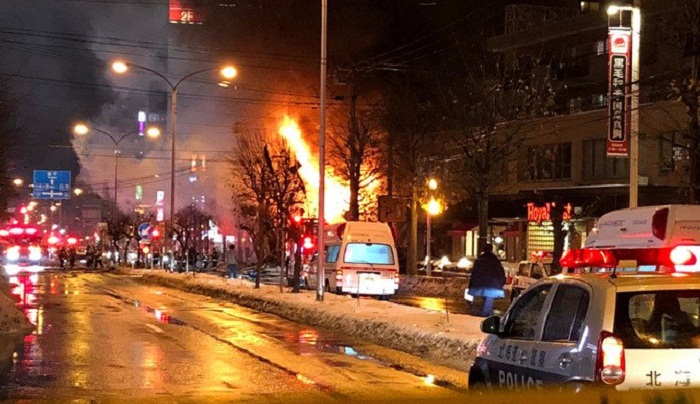 An explosion at a restaurant in northern Japan injured 42 people late Sunday, police said, with the blast reportedly causing surrounding buildings to collapse.

Fires broke out following the incident in the northern city of Sapporo, Kyodo news agency said, and images from the scene showed large flames and plumes of smoke rising in the night air.

A police official for the Hokkaido region told AFP "there are 42 injuries" but no one was killed.

The cause of the blast is being investigated. One witness reportedly said he had smelled gas after the explosion.

The building that housed the restaurant was heavily damaged, as were other nearby businesses, including a real estate company, Jiji news agency said.

Children were injured in the blast, Jiji added, citing police.

Police warned earlier of possible secondary explosions, according to Kyodo, which described buildings collapsing following the incident around 8.30 pm (1130 GMT).