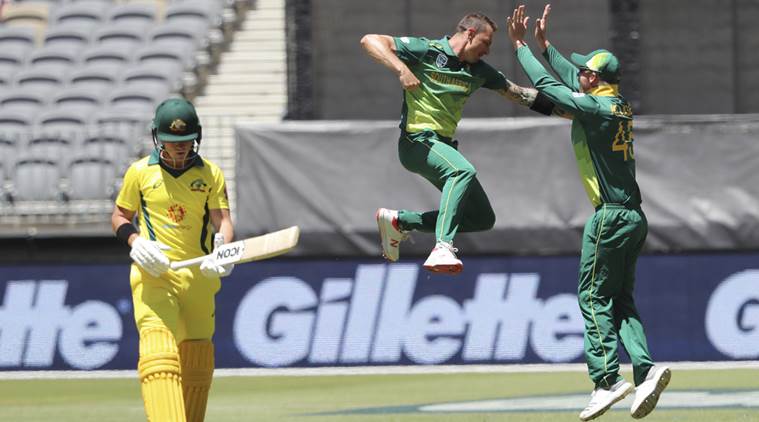 South Africa captain Faf du Plessis won the toss and elected to bowl first in the opening one-day international against Australia in Perth on Sunday.

The hosts, who lost their most recent one-day series against England 5-0, have axed Tim Paine as captain for the three limited-over clashes against the Proteas with Aaron Finch assuming the role.

Batsman Shaun Marsh withdrew ahead of the game for minor surgery on an abscess in his “buttock region” with D’Arcy Short playing instead.

Australia opted to go with an all pace attack, led by Mitchell Starc and Josh Hazlewood, meaning legspinner Adam Zampa misses out.

“We would have bowled as well,” admitted Finch. “But we are confident coming into this series.”

“Looks a nice, fast wicket,” said du Plessis. “We’re playing our full seam attack and hopefully they can do some damage.”