Marine resources might be a game changer for Bangladesh: Amu 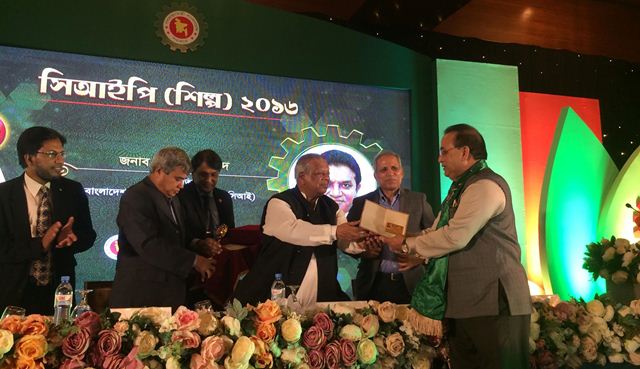 Industries Minister Amir Hossain Amu on Thursday said Bangladesh can be one of the richest countries in the world if its marine resources can properly be tapped.

Addressing a function marking the distribution of Commercially Important Person (CIP) cards (2016) among 56 recipients at a city hotel, he also urged the industrialists and entrepreneurs to set up more industries at special economic zones and other places to remove dependence on others and take the country forward further.

“Now we’re able to stand on our own feet, and our country is turning into an economically prosperous one.  The way the country is moving forward with your (businessmen’s) help and cooperation, I hope our country will also become a developed one much ahead of 2041,”Amu said.

The minister further said, “We don’t have lack of resources. If we can properly collect the resources from the sea areas we got from India and Myanmar through legal battles in the international court and use those in the right way, I believe it will not only make a developed country, but also one of the richest ones in the world.”

The Industries Minister distributed CIP cards among the 56 recipients for their contributions to the country’s industrial sector through establishing industries, creating jobs and boosting economic growth at a city hotel.

Of the awardees, 20 businesspeople received the CIP cards in the heavy industry (production) category while five others got the card in same category (service).

The recipients will enjoy the facilities under the CIP cards for one year from the day of receiving it.

The CIP cardholders will get privileged entrance to ministries, invitation to various national-level events and citizen's reception hosted by the city corporation.

They also get priority in seat reservations in airlines, railways, roads and public transports in the waterways, and get letters of introduction from the foreign ministry for travelling abroad.