Dinosaur DNA clues unpicked by researchers at University of Kent 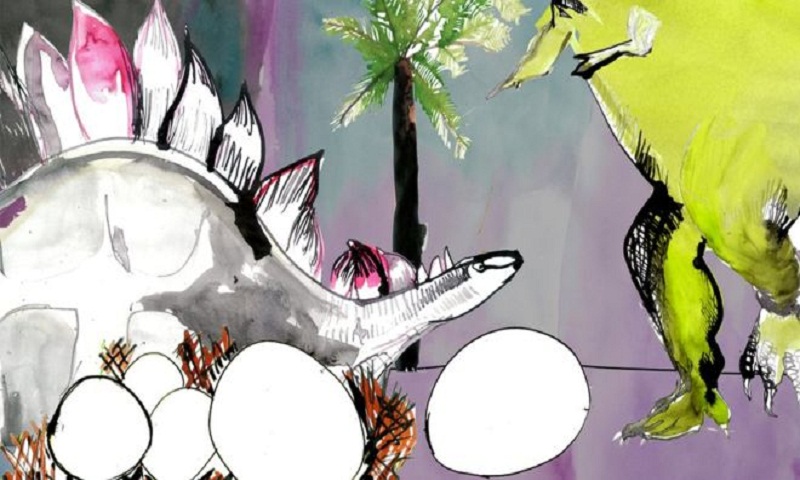 British scientists say they have pieced together what dinosaur DNA looks like.

Researchers at the University of Kent say their work uncovers the genetic secret behind why dinosaurs came in such a variety of shapes and sizes.

This variation helped the creatures evolve quickly in response to a changing environment - helping them to dominate Earth for 180 million years.

But the researchers behind the DNA work say they have no plans to recreate dinosaurs, Jurassic Park style.

Of course, there was one final challenge the dinosaurs could not overcome - a massive asteroid impact 66 million years ago that wiped out all dinosaur groups except the flying ones that developed into birds.

Recently, Prof Darren Griffin's team used mathematical techniques to identify the possible genetic characteristics of the very first dinosaurs. They did this by working backwards from their closest modern-day relatives - birds and turtles.

Their results suggest that dinosaur DNA was probably organised into many chunks - called chromosomes. Birds usually have about 80 chromosomes - about three times the number humans possess.

It notable that birds are among the most varied animal groups on Earth. If, as Prof Griffin thinks, dinosaurs also had a large number of chromosomes it might explain why they too came in such a range of shapes and sizes.

"We think it generates variation. Having a lot of chromosomes enables dinosaurs to shuffle their genes around much more than other types of animals. This shuffling means that dinosaurs can evolve more quickly and so help them survive so long as the planet changed," Prof Griffin said.

Dr Rebecca O'Connor, from the University of Kent, said: "The fossil evidence and now our evidence reinforces the idea that rather than birds and dinosaurs being distant relatives, they are one in the same. The birds around us today are dinosaurs."

As for hopes that we might be able capture ancient dinosaur DNA from fossils, that looks doubtful.

Genetic material degrades over time, and the world record for the survival of ancient DNA is one million years. Dinosaurs lived between 66 and 245 million years ago.

However, the techniques being used by Prof Griffin and his colleagues may lead to an even more detailed understanding of what dinosaur DNA was like.

But this won't in itself allow us to recreate dinosaurs.

"We are not gong to have Jurassic Park anytime soon," according to Prof Griffin.

"If you take the DNA of a chicken and put it into an ostrich egg you won't end up with a chicken or an ostrich. You will end up with nothing. The same would be true of a velociraptor or a T. rex. It just wouldn't work".