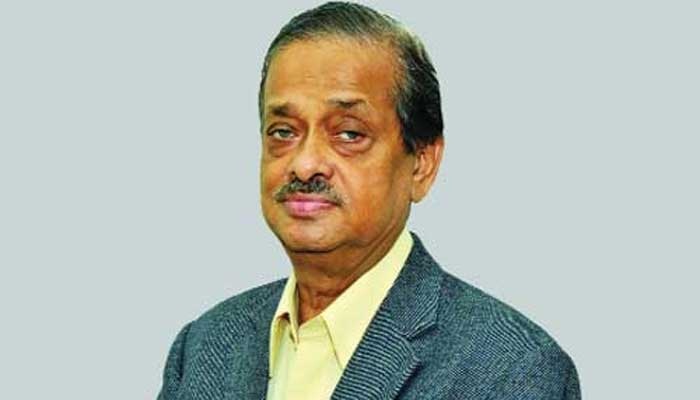 The body of Golam Sarwar will be taken to his ancestral home at Banaraipara in Barishal today (Wednesday). After a namaz-e-janaja there, his body will be brought back to Dhaka.

The body of Golam Sarwar, Editor of Bangla daily Samakal who passed away in Singapore on Monday night, arrived in Dhaka on Tuesday night.

Sarwar’s body will be taken to his workplace at Samakal office at 9am on Thursday. Later, a namaj-e-janaza would be held at nearby Bangladesh University of Textiles playground.

Under the arrangement of Sammilita Sangskritik Jote, the body will be kept at the Central Shaheed Minar from 11am to 12 noon to allow people of all strata to pay tributes and have a last glimpse of him.

Later, the eminent journalist’s body will be taken to the Jatiya Press Club where he used to spend time with his colleagues and friends. A namaj-e-janaza would be held after Johr prayers there.

Later, Sarwar would be laid to eternal rest at the Mirpur martyred intellectuals graveyard after Asr prayers.

The eminent journalist died on Monday night at a Singapore hospital after at the age of 75.

He breathed his last at 9.25pm (Bangladesh time) at the Singapore General Hospital where he was being treated for various ailments.

He is survived by his wife, two sons, a daughter and a host of relatives and admirers.

Born on April 1 in 1943 at Banaripara of Barisal, Sarwar obtained his honors and master’s degrees from the Dhaka University (DU).

In his student life in 1962, he started his career as a university correspondent at Dainik Azadi.

Golam Sarwar was awarded the Ekushey Padak in 2014 for his contribution to the field of journalism.