US faces retaliation if car tariffs go ahead 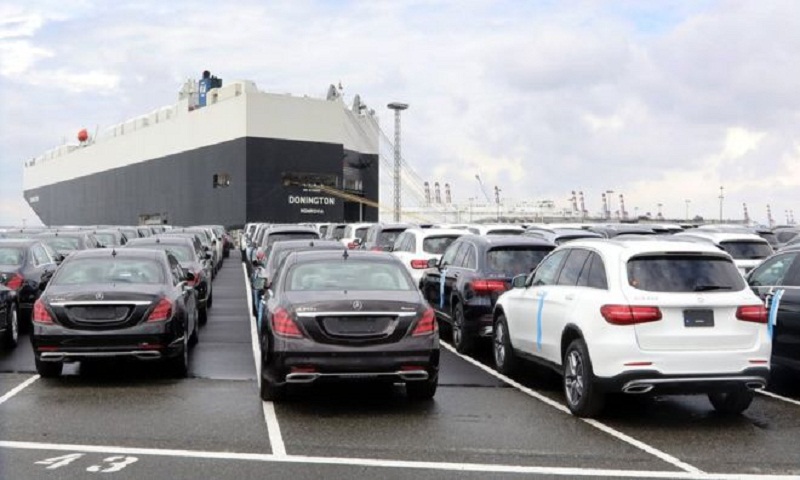 The EU, Mexico and Canada have said they will retaliate against the US if the White House places new tariffs on foreign cars and vehicle parts.

The countries delivered the warning on Thursday to a panel examining whether to recommend the taxes on grounds of national security.

US President Donald Trump ordered the Commerce Department to investigate the move in May.

The idea has also prompted widespread opposition in the US.

At Thursday's hearing on the matter, Mexican Ambassador Geronimo Gutierrez Fernandez said imports from his country did not threaten national security.

"We will remain vigilant for any unjustified trade restriction and will exercise our rights to ensure that the Mexican automotive industry is not adversely affected," he said.

The Mexican ambassador was one of more than three dozen representatives scheduled to testify, most of whom oppose the measure, which represents one of the most sweeping Mr Trump has proposed.

Canada and the EU also said they are preparing counter-measures, which would add to retaliation already in place in response to US tariffs on steel and aluminium.

The US imported more than $200bn (£154bn) in foreign cars and trucks last year, almost 80% of which came from Mexico, Canada, Japan and Germany.

Foreign car companies like BMW and Toyota also represent some of the industry's biggest employers in the US, while more than $100bn worth in auto imports enter the country each year.

They also say tariffs would lead to less investment in the US and job cuts.

The Peterson Institute for International Economics has warned the tariffs, even without retaliation, could lead to the loss of 195,000 US jobs.

Mr Trump has appeared resolute in the face of the criticism.

On Wednesday, he again raised the idea of auto tariffs against the EU, threatening "tremendous retribution" if trade negotiations do not go his way.

However, the proposed auto tariffs have drawn growing political opposition.

And nearly 150 members of the House of Representatives, including members of both parties, sent a letter to the Commerce Department this week urging it to reject the plan for auto tariffs.