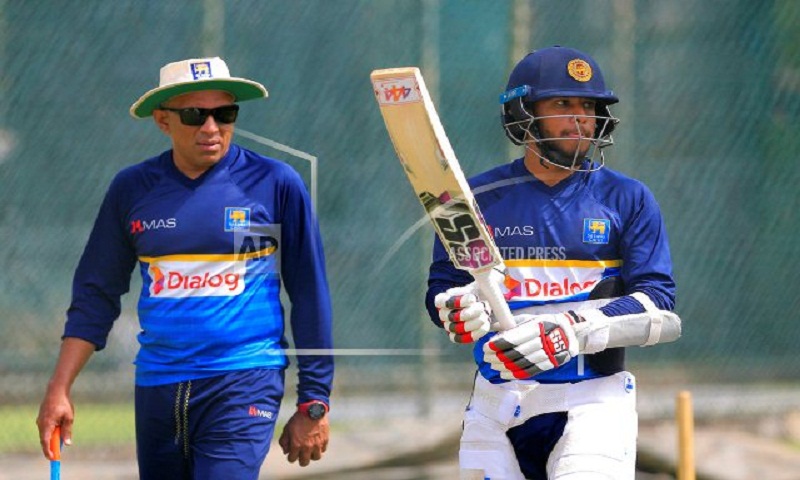 Still no captain and coach. Sri Lanka still expect to win, though.

Rangana Herath doesn't believe their ongoing absence will prevent Sri Lanka from completing an historic series victory against South Africa at Sinhalese Sports Club in the second and final test from Friday.

Since then, all three men have been further punished by the ICC by being suspended for four one-day internationals for their roles in the team refusing to take the field against the West Indies last month on day three of the second test in St. Lucia.

Chandimal is allowed in the changing room on match days, while Hathurusingha isn't allowed but can coach between matches.

While admitting the extra punishment has been distracting, Herath says Sri Lanka is still receiving the help it needs from the captain and coach.

"If you see during nets, both the coach and captain were there and preparation was good," Herath said on Thursday. "Without them we cannot go that far. Only during the game they are not there, but they are behind us."

Herath finished the Galle test with five wickets to rise to ninth in the all-time test wicket-taking list, and he was excited about the prospect of winning a series against South Africa for the first time since 2006.

"They are the No. 2-ranked team in the world," he said. "We need to win and gain confidence."

South Africa is out to save face, and an impressive away record.

In the last 12 years, the Proteas have lost only two test series away from home to England and India.

"I thought in the first test, we were quite off the boil in a lot of areas. We have been also a team that starts off late, unfortunately. That record is something that we are proud of. It is never easy winning away from home. When you are coming to the subcontinent, drawing a series is as good as winning a series."

South Africa's biggest problem in Galle was playing spin, particularly offspinner Dilruwan Perera, who finished with career-best match figures of 10-78. None of the South Africa batsmen posted a half-century as they were shot out for 126 and 73. Their second-innings total was their lowest since readmission.

Du Plessis believed they were too defensive against the spinners in the first innings, then too aggressive in the second innings.

"We didn't trust our defense against the spinners in Galle," du Plessis said.

"The guys worked really hard on their game plan and are trying to be positive against spin. You need to see whether mentally you are tougher than the opposition. That is what we lacked in Galle."

Sri Lanka is contemplating bringing in offspinner Akila Dananjaya in place of left-arm wrist spinner Lakshan Sandakan, who had match figures of 8.5-1-19-2.

South Africa is hoping to celebrate fast bowler Dale Steyn, who needs one more wicket for 422 to lay sole claim as the team's highest wicket-taker in test cricket. He shares the record with Shaun Pollock. Steyn took two wickets in Galle.

"Dale is a guy who is known for getting teams out. He is very hungry for wickets. I am excited to see what he does," du Plessis said.