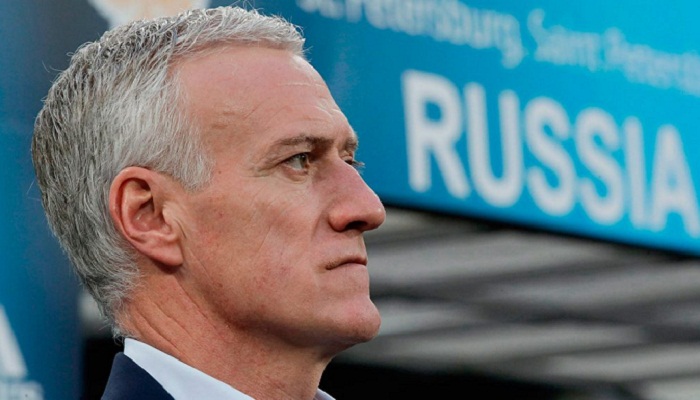 Didier Deschamps has added his name to the list of those to have won the World Cup both as a player and as a coach.

The former Marseille boss came into the Russia World Cup with his position in question, with Zinedine Zidane and Arsene Wenger becoming available at the end of the 2017-18 domestic season.

France progressed into the knockout stages of the tournament as Group C winners, however, before an emphatic 4-3 victory over Lionel Messi's Argentina in the round of 16.

A 2-0 win over Uruguay in the quarter-finals was followed by a 1-0 against Belgium in the final four, before France sealed their second ever World Cup trophy with a 4-2 victory over Croatia in Moscow.

The result comes 20 years after Deschamps lifted the trophy as a player, having helped France to success on home turf in 1998.

Deschamps, famously dubbed the 'water-carrier' by Eric Cantona for his quiet efficiency in the defensive midfield position, captained his side to a 3-0 victory over finalists Brazil in Paris in the nation's maiden World Cup win.

His triumphs as both player and manager see him join an exclusive list of people to have achieved such status, becoming only the third to have done so.

Mario Zagallo, a two-time World Cup winner as a Brazil player having lifted the trophy in both 1958 and 1962, managed the feat by then leading his country to glory as a manager in 1970.

Franz Beckenbauer is the only other name on the list, having won the World Cup with Germany as a player in 1974 and again as manager of West Germany in 1990, with Deschamps the next to join the club almost three decades later.

Les Bleus now tie Uruguay and Argentina with two wins, behind Germany and Italy (four each) and outright leaders Brazil, five-time winners of the title.