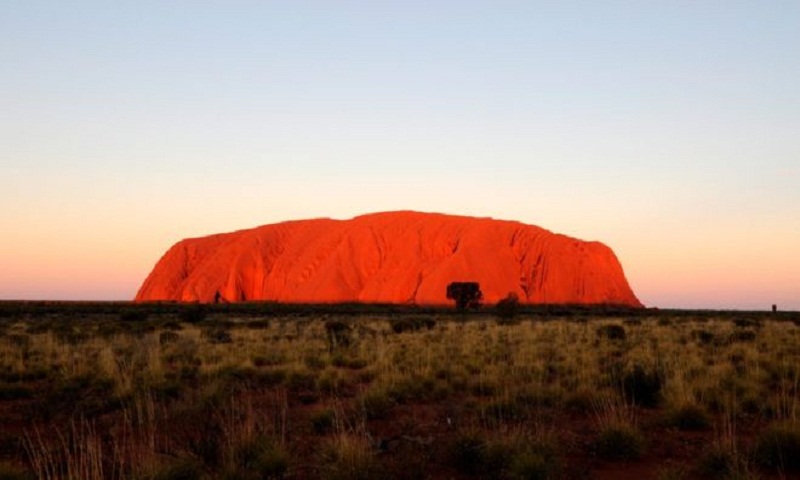 A Japanese tourist has died while climbing Uluru in central Australia, authorities have said.

The man, 76, collapsed about halfway up the rock on Tuesday and could not be revived, according to police. His death is not being treated as suspicious.

Aboriginal Australians have long asked visitors not to scale the giant monolith because it is a sacred site.

Northern Territory police said the tourist had been flown by helicopter to a nearby medical centre, where he was pronounced dead.

More than 250,000 people visit the landmark, formerly known as Ayers Rock, each year. The most recent recorded death was in 2010.

Last year, the board of the Uluru-Kata Tjuta National Park voted unanimously to ban the climb because its cultural significance.

A statement on its website reads: "Too many people have died while attempting to climb Uluru. Many others have been injured while climbing.

"We feel great sadness when a person dies or is hurt on our land."