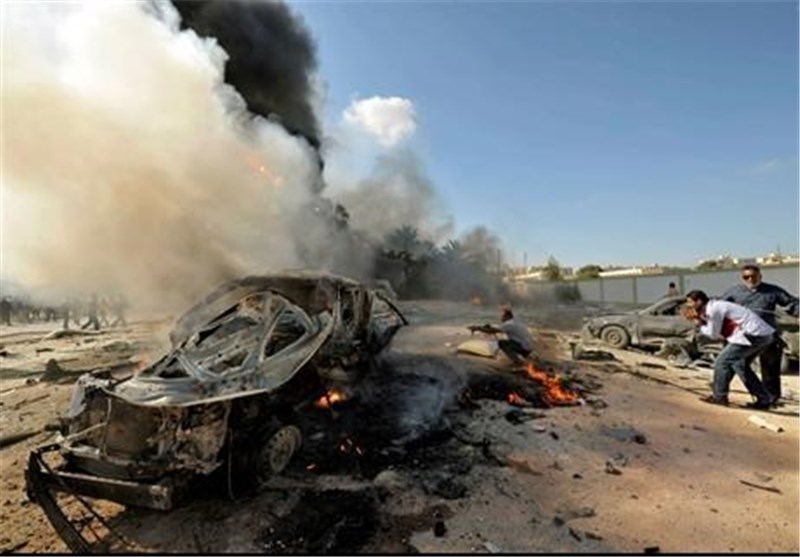 A car bombing on a busy street in the eastern Libyan city of Benghazi early on Friday killed at least seven people, including a girl, and wounded 20, a security official said.

The blast, the latest to rock Libya's second-largest city, took place on a commercial street full of people behind the city's largest hotel, Tibesti, said Capt. Tarek Alkharraz, spokesman for the military and police forces in Benghazi.

No group immediately claimed responsibility for the attack.

Footage that circulated online shortly after the explosion showed a massive fire in the middle of the busy Abdel-Nasser Street. Plumes of heavy smoke are seen rising into the night sky as fire truck and ambulance sirens can be heard in the background. Other images showed mangled and charred cars on the street, surrounded by scores of onlookers.

Later, the United Nations Support Mission in Libya condemned the attack saying "there is no justification whatsoever for such attacks, which may amount to war crimes." Libya's U.N.-backed government also deplored the bombing.

Benghazi is under the control of the self-styled Libyan National Army led by Marshal Khalifa Hifter, whose forces and supporters control the east of the country. Hifter launched a military campaign in Benghazi in May 2014 vowing to wipe out Islamist militias. It came in response to bombings and assassinations blamed on Islamic militants in the chaos that followed the uprising that ended Moammar Gadhafi's rule in 2011.

Last year, Hifter announced that Benghazi had been "liberated" but the city remains a trouble spot, and bombings and attacks are common. In January, a twin car bombing near a mosque in Benghazi's Salmani neighborhood killed at least 35 people.

Libya is now split between rival governments in the east and west, each backed by an array of militias. Hifter is allied with the east-based administration that is at odds with the U.N.-backed government based in the capital, Tripoli.