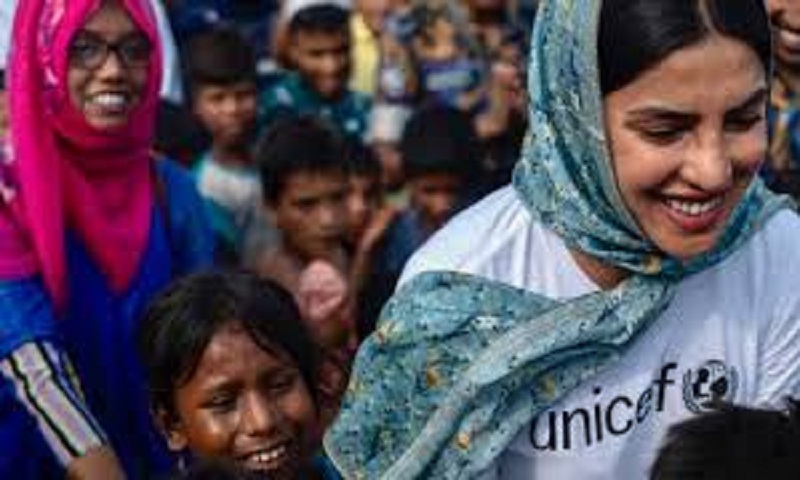 The actress also talked with rohingya children and took snap with them.

Earliar, she visited Teknaf Marine Drive on 9:30am. Later, she left Teknaf for Kutupalong camp 10:30am.

Earlier, the Bollywood actress arrived in Dhaka on Monday morning on a four-day visit to see Rohingya situation.

Hours after her arrival in Dhaka on Monday morning, she left for Cox’s Bazar by a private airlines flight.

She is scheduled to return to Dhaka on Thursday.

She is also a United Nations Foundation Girl Up Champion.