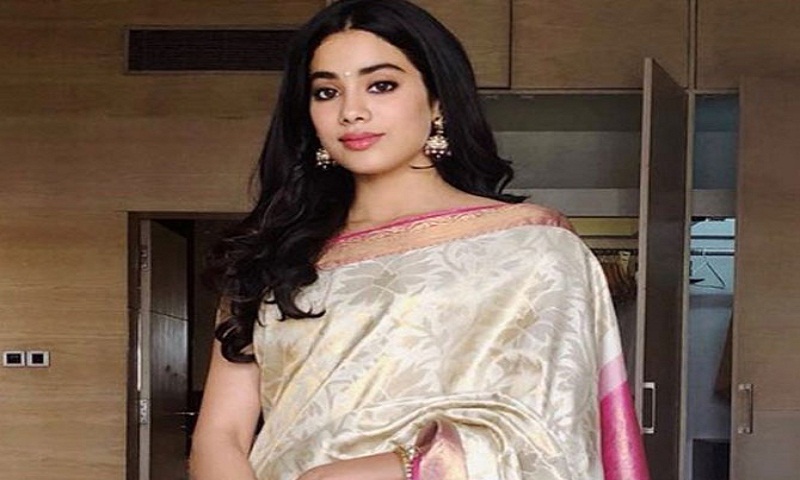 Actress Sridevi has been posthumously bestowed with the Best Actress Award for her phenomenal performance in the film Mom. While the list of National Film Awards was announced on April 13, today, the awardees have been felicitated with the trophies.

While accepting the National Film Award for mother Sridevi is an emotional and precious moment for daughter Janhvi Kapoor, she chose to wear her mother's personal saree for the occasion. She looked radiant in the off-white and pink silk saree. Talking about it, designer and a close friend of the late actress, Sridevi, Manish Malhotra took to his Instagram account to share about Janhvi wearing her mom's saree.

He wrote, "The very pretty @janhvikapoor as she goes to Receive Sridevi Ma'am's Much Deserved National Award for her fabulous performance in Mom' ... An Actress and a human being and the friend that we all miss every day of our life's ... #jhanvikapoor in her Mom s personel Saree for this emotional and precious moment .., #kushikapoor #boneykapoor #manishmalhotraworld @mmalhotraworld (sic)."