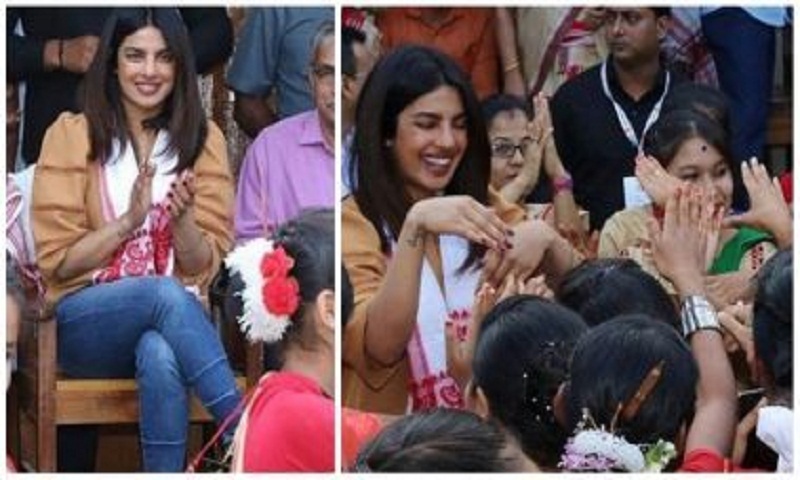 A picture of Priyanka Chopra has been making rounds on the internet, in which one can spot a black beaded bracelet on her wrist.

Priyanka found the rumours quite funny and responded to the rumours with another picture. The actress revealed that is actually an evil eye bracelet on her wrist. She took to Twitter and posted a picture of it and wrote,”Hahahah!heights of speculation! This is an evil eye guys! Calm down! I’ll tell u when I get married and it won’t be a secret! Lol.”

Meanwhile, Priyanka Chopra is spending a wonderful time in Assam, and as usual, has kept her fans updated with serene photographs.

On the work front, Priyanka has returned to India after wrapping up her promotions for Quantico 3. The season 3 of the crime thriller premiered on  April 26. Other than this, the trailer of her upcoming film A kid like Jake has been released. She will soon be sharing the screen with Bollywood star Salman Khan in Bharat.