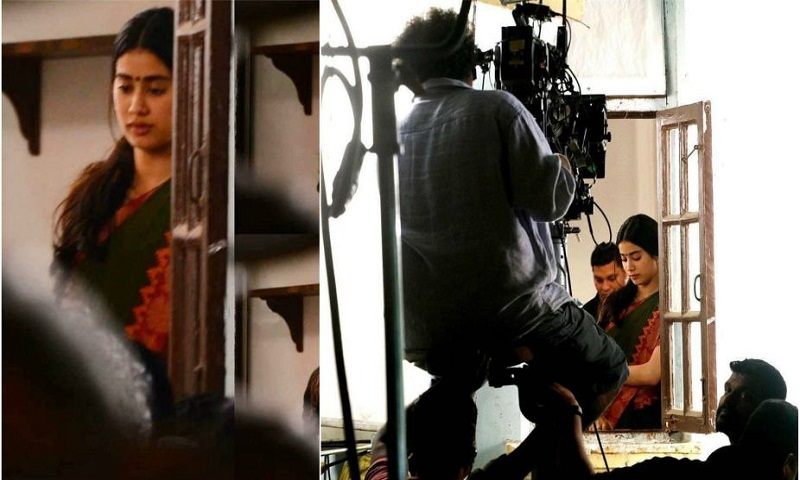 Janhvi Kapoor, who will be making her big Bollywood debut in Dhadak, has resumed the shooting of her first film post her mother Sridevi’s untimely demise.

It has been a tough time for the Kapoor family, especially for Boney Kapoor and his daughters, Janhvi and Khushi. But then work is work and it can’t be compromised for a long time.

Janhvi, Sridevi’s elder daughter, is back on the sets of Dhadak and has resumed the shooting of the film, which also stars Ishaan Khattar.

A picture that has gone viral on the internet showcases a scene from the film where Janhvi is seen in a green traditional saree.

Janhvi’s returning to the sets of the film is a good sign for both the film and the actor as her return clearly indicates that the film is on full force and Janhvi is trying to cope up with the loss by focusing on her work.

This is not the first time that Janhvi has been spotted by the paparazzi’s after the death of her mother.

Janhvi, who turned 21 on March 6, celebrated her birthday by visiting an orphanage home in Mumbai and then had a private affair with her family members in the evening, which was hosted by her half-sister Anshula Kapoor.

Dhadak featuring Janhvi and Ishaan in the lead roles is a remake of Marathi film, Sairat, and is all set to release on July 6.