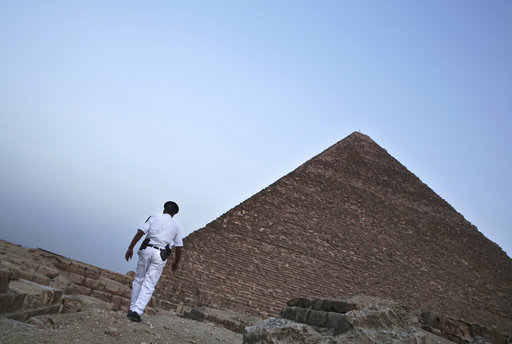 Archaeologists in Egypt say they have discovered a 4,400-year-old tomb near the pyramids outside Cairo.

Mostafa Al-Waziri, leader of the archaeological mission, says the scenes depict a monkey — at the time commonly kept as domestic animals — reaping fruit and another dancing before an orchestra.

He believes Hetpet, a woman thought to be close to ancient Egyptian royals, had another tomb in Giza's western necropolis, which is home to the tombs of top officials of Egypt's Old Kingdom.

Al-Waziri says excavation work is underway for the other tomb.