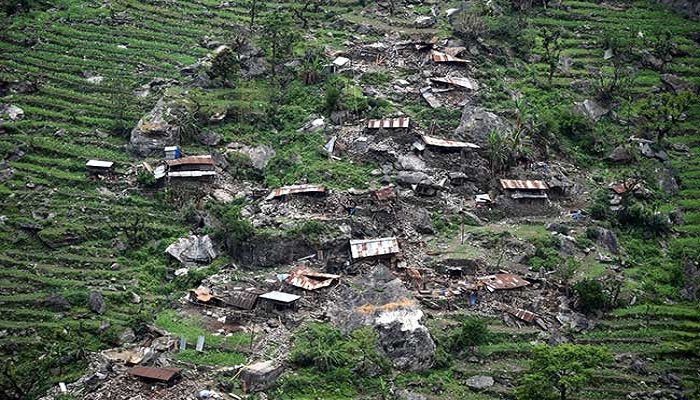 Damaged houses are seen from an Indian Army helicopter following an earthquake in the Nepalese area of Gorkha on April 28, 2015. (Agence France-Presse)

Washington:  The International Monetary Fund said Thursday it was ready to extend aid to Nepal to help it begin rebuilding after a devastating earthquake that left nearly 6,000 dead.
"As soon as possible an IMF team will be ready to visit Nepal" to assess the situation after the quake Saturday and determine the government's financing needs, IMF spokesman Gerry Rice said.
IMF support is usually limited to assisting governments with fiscal and payments needs.
The Fund has a zero-interest rapid credit facility which can be used to support immediate government financial needs in a crisis.
And in February the Fund launched its Catastrophe Containment and Relief Trust which provides grants for debt relief to countries hit by catastrophic natural or public health disasters.
"We'll be looking at all options," Rice said.