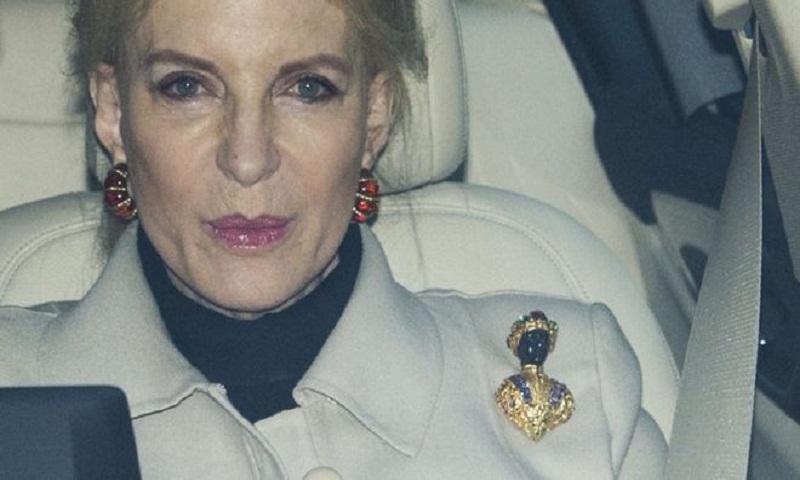 Princess Michael of Kent has apologised for wearing a brooch that has been called "racist" by some people online.

The royal, who married the Queen's first cousin, attended a Christmas banquet at Buckingham Palace on Wednesday wearing a blackamoor brooch.

Prince Harry's fiance, Meghan Markle, who is mixed-race, was also a guest at the lunch.

A spokesman said the princess "is very sorry and distressed that it has caused offence".

Blackamoor figures and sculptures are exotic figures which usually depict African men and were prominent in the 17th and 18th centuries.

The brooch, coupled with the fact that Princess Michael will have met Ms Markle at the lunch, has sparked controversy on social media websites.

Spokesman Simon Astaire added: "The brooch was a gift and has been worn many times before."

It is understood the princess will not wear the brooch in future, reports BBC.