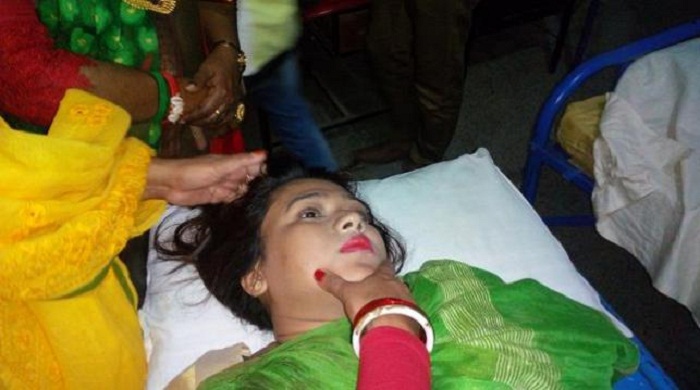 Female MP Happy Boral’s daughter was stabbed to injuries by miscreants near Amlapara School of the district town on Saturday evening.

The injured was Aditi Boral, 26, resident of Shaltola area of Bagerhat town. This is second attempt on her in last eight months, UNB reports.

MP Happy Boral said that the miscreants attacked on them while she along with her daughter Aditi, was returning home around 6:30pm after attending a programme arranged marking Victory Day at Amlapara High School.

The miscreants stabbed Aditi in her abdomen and fled the scene.

Hearing them screaming, the locals rushed in and rescued the injured.

Later, the injured was admitted at Bagerhat Sadar Hospital.

The MP alleged that they were feeling insecure after his husband’s murder. But they did not get any help from the administration.

She also informed that her daughter came under a knife attack at their residence eight months ago. But law enforcers remained clueless as they could not nab anyone in this connection as yet.

Pankaj Chandra Roy, superintendent of Bagerhat Police, said that police are conducting drive in different areas of the town.

The MP’s husband, advocate Kalidas Boral, was shot dead by miscreants on August 20, 2000.