US Navy aircraft crashes off Japan 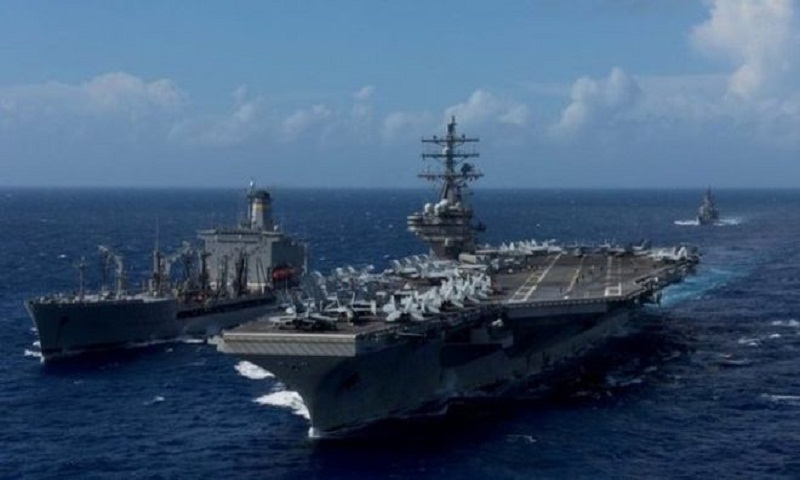 A US Navy aircraft carrying 11 crew and passengers has crashed into the sea off the coast of Japan.

The cause of crash is unknown and the names those onboard are being withheld while next of kin are notified, the US Navy said in a statement.

The aircraft was en route to the aircraft carrier USS Ronald Reagan in the Philippine Sea.

US military vessels have been involved in a number of accidents in recent months in East Asia.

The US Navy lost 10 personnel in August, when the USS John McCain collided with a tanker near Singapore.

Two months earlier, in June, the USS Fitzgerald smashed into a cargo ship off the coast of Japan, killing seven.

In two other non-fatal incidents, the USS Antietam ran aground near its base in Japan in January, and in May USS Lake Champlain collided with a South Korean fishing vessel.