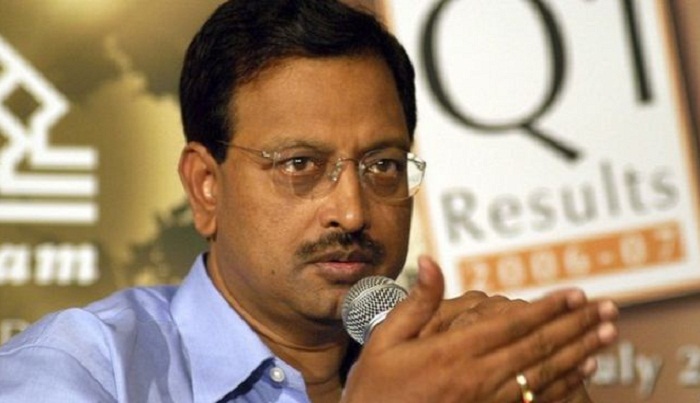 An Indian court has sentenced the former head of Satyam Computers and nine others to seven years in prison in one of the country's biggest ever corporate scandals.
B Ramalinga Raju, who founded the software services giant, denied charges of conspiracy, cheating and forgery but admitted to accounting malpractices.
Raju was also fined $800,000.
The collapse of Satyam Computers in 2009 cost shareholders more than $2bn and rocked India's IT industry.
The BBC's Simon Atkinson in Mumbai says it is the biggest fraud at a listed company in India.
The convicted men are expected to appeal. The maximum sentence Raju faced was life in jail.