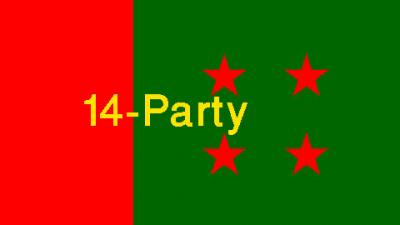 A delegation of the Awami League-led 14-party alliance visited Rohingya refugee camps at Ukhia and Teknaf in Cox's Bazar and distributed relief materials among the refugees on Saturday.

Health Minister, AL Presidium member and spokesperson of alliance Mohammad Nasim after visiting the Rohingya camps said, "The Myanmar government has been carrying out genocide against Rohingyas which is tantamount to declaring a war."

He said Rohingyas in their thousands have been fleeing violence in Myanmar and the government of Prime Minister Sheikh Hasina has given them shelter only on humanitarian grounds, reports BSS.

"We don't have the ability to keep the huge number of Rohingya in Bangladesh for a long time. So international pressure is being mounted on the Myanmar government through the United Nations (UN) to bring them back," said Nasim, who led the delegation.

Mentioning the worldwide criticism against Myanmar government, Information Minister and president of Jatiya Samajtantrik Dal (JSD) Hasanul Haq Inu said, "A vested quarter is hatching conspiracy capitalizing on the Rohingya problem." He urged the countrymen to remain alert against such conspiracy.

Workers Party President and Civil Aviation and Tourism Minister Rashed Khan Menon who was also on the delegation said the Myanmar government should implement the recommendations of the Kofi Anan Commission to put an end to the Rohingya crisis.