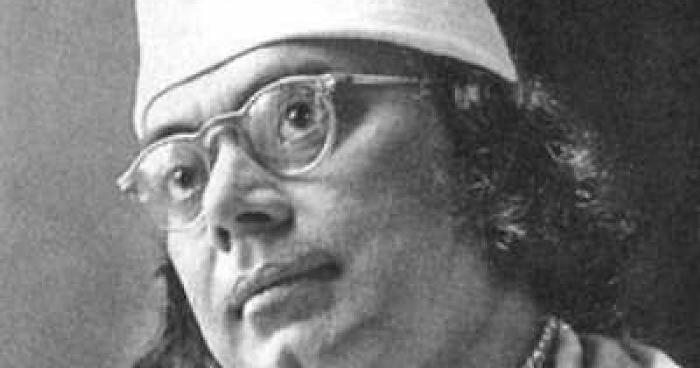 The 41st death anniversary of national poet Kazi Nazrul Islam, popularly known as Bidrohi Kobi, will be observed Sunday with due respect across the country.

The poet passed away in Dhaka at the age of 77 after suffering from a lung ailment on August 27, 1976. Different socio-cultural and political organizations will chalk out elaborate programmes to mark the occasion, while various televisions will air special programmes on his works and life to observe the day.

The programmes will start with Qurankhwani after Fajr prayers at Dhaka University (DU) central mosque by different organizations. Later, teachers and students of the Dhaka University and other political and non-political organizations  placed wreaths at the grave of the national poet in the morning while cultural minister Asaduzzaman Noor also paid homage at the grave, reports BSS.

Besides, special prayers will be offered at the poet's grave located on the DU campus while a discussion will be held there. DU Vice-Chancellor AAMS Arefin Siddique will preside while professor and chairman of Bangla Department Dr Bismadeb Chowdhury will conduct the programme.

Bangla Academy will organise a solo-lecture session followed by a cultural show at its Poet Shamsur Rahman auditorium at 4 pm on this day.

'Nazrul Padak 2016' conferred by Nazrul Institute will be given on the day in a programme at the National Museum where Cultural Minister Asaduzzaman Noor will be present as chief guest.

Nazrul's powerful poems had inspired the people to fight against all kinds of odds and injustice and repression during the colonial rule while his songs and poems were also a great source of inspiration for the freedom fighters during the country's Liberation War in 1971.

Kazi Nazrul Islam was born on May 24 in 1899 at Churulia village in Asansol subdivision of Burdwan district of West Bengal, India.