Election Commission will neither bow down nor will it go to anyone: CEC 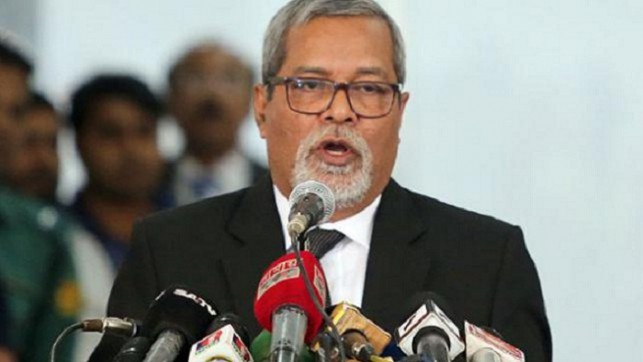 “It’s not the Election Commission’s (EC’s) duty to mediate among political parties. We don’t need to go to anyone as the EC is an independent body,” KM Nurul Huda told a dialogue with electronic media persons and senior journalists at Nirbachon Bhaban conference room on Thursday.

“Neither we bow down to any pressure nor go to any person,” he added.

As the EC is a technical office, it is obliged to conduct the election in the system which is determined by the government, he added.

Out of 34 invitees, 22 electronic and online media persons and journalist leaders joined the talks with the Chief Election Commissioner in the chair.

On Wednesday last, the EC sat in the dialogue with newspaper editors, journalist leaders, senior journalists and columnists.

Earlier on July 31, the EC held its dialogue with civil society members.

As part of the EC’s roadmap prepared for the next general election, the EC will also sit in talks with 40 registered political parties, election observers, women leaders and election experts.

The next national election is likely to be held in late December 2018.