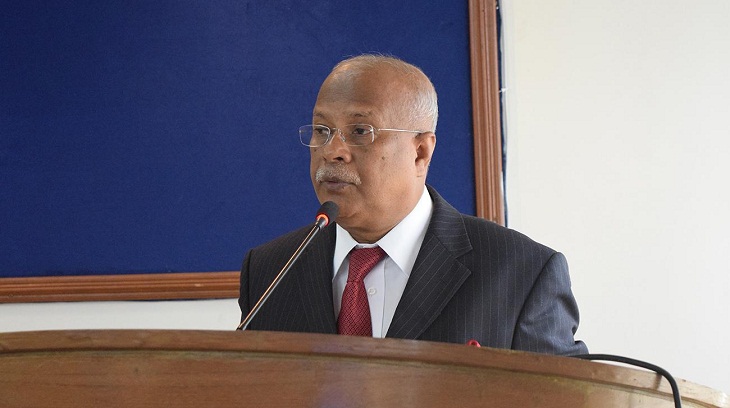 Chairman of the Anti-Corruption Commission (ACC) Iqbal Mahmood on Tuesday urged all to wage a vigorous anti-corruption movement in the country upholding the spirit and ideology of Father of the Nation Bangabandhu Sheikh Mujibur Rahman, reports BSS.

"Bangabandhu had said corruption must be stopped...famers and labourers are not involved in corruption, but educated people indulge in corruption. Bangabandhu had asked public officials to remain honest," he told a discussion at the ACC head office marking the National Mourning Day.

Mahmood said a ministry will become free from corruption if its secretary is supported by others not to tolerate corruption.

Noting that the ACC is an important institution of the state, he said, if its officials keep themselves away from corruption, the status of the national anti-graft agency will be upheld and then the ideology of Bangabandhu will reflect on the institution.

"If we want to pay homage to Bangabandhu Sheikh Mujibur Rahman, we have to perform our duty sincerely and honestly," the ACC chief said.