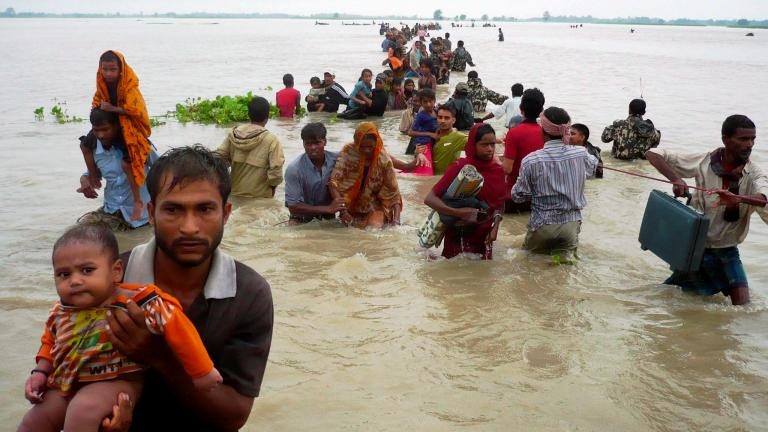 The deceased were identified as Wazed Miah, 46, son of Omar Miah, a resident of Jhari Dhorola village and Aynal Ali, 13, son of Jahir Ali, a resident of Etapota village.

So far, nine people drowned in floodwaters in the last three days in the district.

Besides, the overall flood situation remained static for the 3rd consecutive day.

Around four lakh people of 95,000 families in 35 unions have been marooned by floodwaters.

They are now facing acute crisis of food and pure drinking water. The amount of government's relief items is insufficient for their needs.

Meanwhile, the export and import activities of Burimari Land Port, the country's third largest land port, have been remained suspended.

Rail communications with the district remained suspended for the third consecutive day.

Around 50 houses were washed away by the floodwaters of Teesta and Dhorola rivers early in the morning.