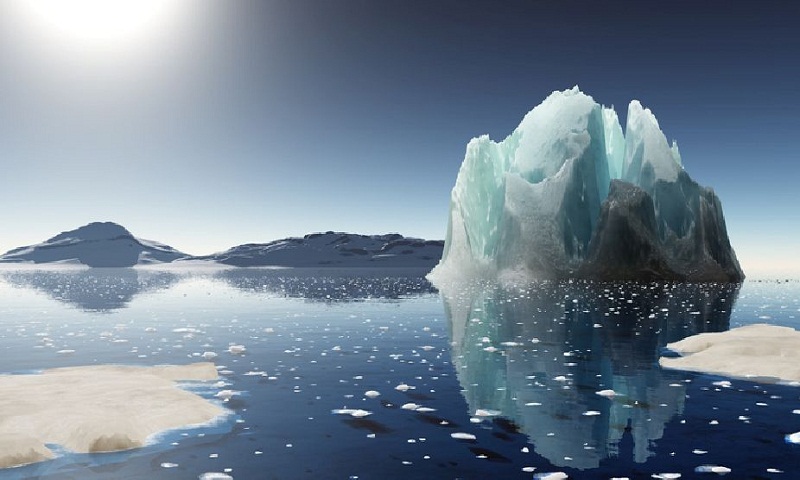 The largest volcanic region on Earth — with nearly 100 volcanoes — has been discovered two km below the surface of the vast ice sheet in West Antarctica, reports Ians.

Researchers from the University of Edinburgh in Britain found a staggering 91 previously unknown volcanoes, adding to the 47 others that had been discovered over the previous century of exploring the region.

These newly discovered volcanoes range in height from 100 to 3,850 m, with the highest almost as tall as Switzerland’s 3,970-m Eiger mountain.

These active peaks are concentrated in a region known as the West Antarctic rift system — which stretches 3,500 km from Antarctica’s Ross ice shelf to the Antarctic peninsula.

According to geologists, this huge region is likely to dwarf east Africa’s volcanic ridge — currently rated as the densest concentration of volcanoes in the world.

However, the activity of this range could have worrying consequences, glacier expert Robert Bingham was quoted as saying to the Guardian.

“If one of these volcanoes were to erupt it could further destabilise west Antarctica’s ice sheets,” Bingham warned.

“Anything that causes the melting of ice, which an eruption certainly would, is likely to speed up the flow of ice into the sea,” he said.

“The big question is: how active are these volcanoes? That is something we need to determine as quickly as possible,” he added.

The Edinburgh volcano survey, reported in the Geological Society’s special publications series, involved studying the underside of the West Antarctica ice sheet for hidden peaks of basalt rock similar to those produced by the region’s other volcanoes.

Presently, volcanism is seen in regions, including Iceland and Alaska, that have recently lost their glacier covering. The same could happen in West Antarctica, where significant warming in the region caused by climate change has begun to affect its ice sheets.

If they are reduced significantly, this could release pressure on the volcanoes that lie below and lead to eruptions that could further destabilise the ice sheets and enhance sea level rises that are already affecting our oceans, Bingham noted.