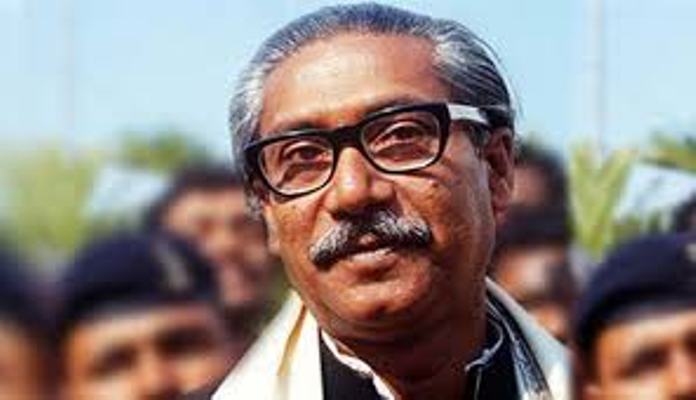 Leaders across the world paid their highest tribute to Father of the nation Bangabandhu Sheikh Mujibur Rahman during his lifetime and after his brutal assassination.

The international personalities including politicians, social activists and journalists made comments and observations in various occasions those were published in newspapers and other publications, reports BSS

"This is surely a supreme national tragedy for you. For me, it is a personal tragedy of immense dimensions," former British Prime Minister Harold Wilson wrote to a Bengali journalist upon hearing the news of the assassination of Bangabandhu.

The frequently quoted remark of Fidel Castro on Bangabandhu was made in 1973 when the two unparallel leaders met for the first time at the Algiers Non-Aligned Summit.

"I have not seen the Himalayas, but I have seen Sheikh Mujib. In personality and in courage, this man is the Himalayas. I have thus had the experience of witnessing the Himalayas," the Cuban supreme leader made the remark after the summit.

Describing Bangabandhu as the hero of Banglalis, an eminent Egyptian journalist Hasnein Heikal said Sheikh Mujibur Rahman does not belong to Bangladesh alone. He is the harbinger of freedom for all Bangalis.

"His Bengali nationalism is the new emergence of the Bengali civilization and culture. Mujib is the hero of the Bengalis, in the past and in the times that are," the former Editor of The Al Ahram and a close associate of late President Nasser said.

Famous British journalist Sir Mark Tully, who had the opportunity to meet Bangabandhu and attended several public meetings, wrote Bangabandhu had a wonderful voice that could mesmerize the crowd.

Another renowned British journalist Cyril Dunn of the London Observer in one of his articles wrote that in the thousand years' history of Bangladesh, Sheikh Mujib is the only leader who has, in terms of blood, race, language, culture and birth, been a full-blooded Bengali.

Former governor of Indian states Manipur and Jharkhand Ved Marwah, who met Bangabandhu, shared the memory of the glorious meeting with journalists saying that he met Jawaharlal Nehru, Indira Gandhi, Rajiv Gandhi and many world leaders, Bangabdnhu was the most charismatic personality he had ever met.