Abdul Jabbar appeals for one taka from each person 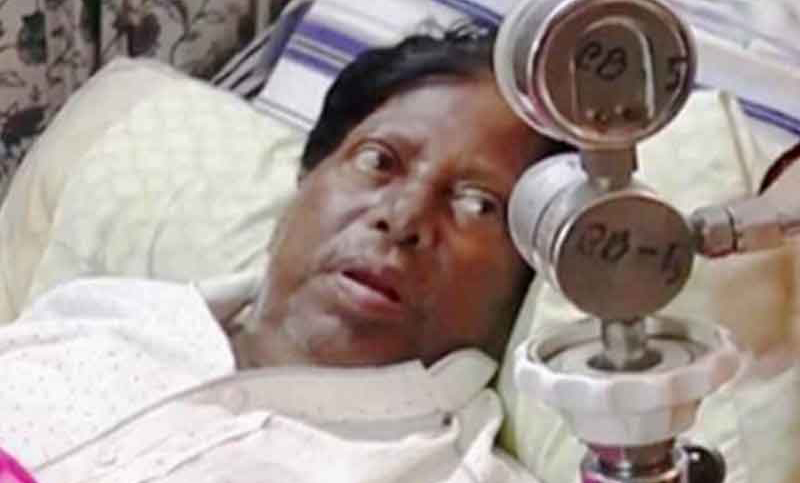 Noted singer and freedom fighter Abdul Jabbar, who inspired freedom fighters as well as the nation during the Liberation War with his spirited songs has appealed for financial help for his treatment.

He requested every Bangladeshi people to send him minimum one taka each.

“I am appealing for financial assistance so that I can fight kidney disease and be able to sing again,” Abdul Jabbar said.

Now, the physical condition of Abdul Jabbar is very critical. His kidneys are almost damaged. Around Tk 80 lakh to Tk 1 crore is needed to operation on him. Prime Minister Sheikh Hasina donated Tk 20 lakh for his treatment. Still needs much money.

Abdul Jabbar bemoaned, “You will visit when I will be on life-support. You will take me to Shaheed Minar to be showered with flowers. But I don’t need floral wreaths after my death. I want to live some more days.”

Singer Abdul Jabbar inspired hundreds of freedom fighters to fight to the last against the Pakistan Army during Bangladesh's Liberation War. He moved camp to camp in Kolkata hanging a harmonium on his neck.

He amassed a total of Tk 12 lakh by singing everywhere in India. Then he donated all the money to the relief fund of the then Swadhin Bangladesh Government.

He achieved many national and international awards including Independence Award and Ekushe Padak. He is now fighting for his life in a hospital.

Mohammed Abdul Jabbar reached the pinnacle of fame when he sang 'Salam Salam Hazar Salam' and 'O re Neel Dariya'.

Jabbar was born in Kushtia. He passed SSC in 1956. He first took music lesson from Ustad Osman Gani and Ustad Lutful Haque. He became an enlisted singer at radio in 1958 and at TV in 1964.

He sang patriotic songs during the independence war of 1971 and also for playback. Some of his playback songs are, Ore Neel Daria, Du Jahaner Malik Tumi, Mukh Dekhe Bhul Korona, and others. His patriotic songs were broadcast through Kalurghat radio station (known as Shadhin Bangla Betar Kendro) in 1971, a radio station which inspired Bangladeshi Mukti Bahini (freedom-fighters) to fight hard against Pakistan Army.