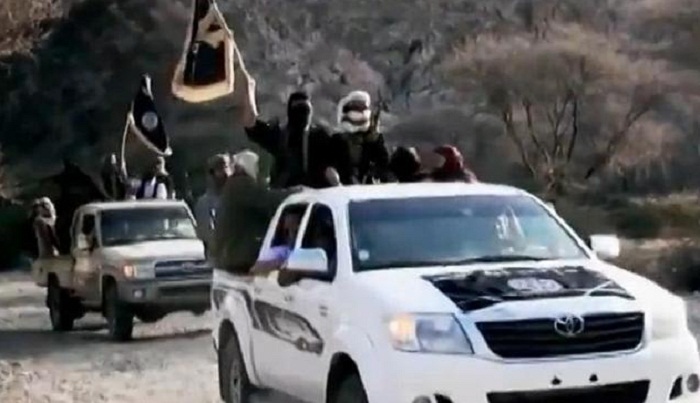 A drone strike Saturday killed three Al-Qaeda militants in Yemen, a tribal source said, in a region where the United States is the only country operating the unmanned aircraft.
The raid “targeted a vehicle in which three members of Al-Qaeda were riding in the village of Bijan, in Shabwa province,” the source said.
All three were killed, and their bodies burnt.
Yemen has descended into chaos since a Shiite militia overran the capital in September.
The Huthi militia effectively placed President Abedrabbo Mansour Hadi under house arrest in January but last week he escaped to the southern city of Aden.
Despite the turmoil, President Barack Obama vowed on January 25 not to let up in the US campaign against jihadists in the strife-torn Arabian Peninsula country.
Within a week, a US drone strike killed Harith al-Nadhari, a senior Al-Qaeda figure, and three other militants in Shabwa province, the jihadist network said on Twitter.
The Yemen-based Al-Qaeda in the Arabian Peninsula, or AQAP, is seen by the United States as the deadliest branch of the global extremist network.