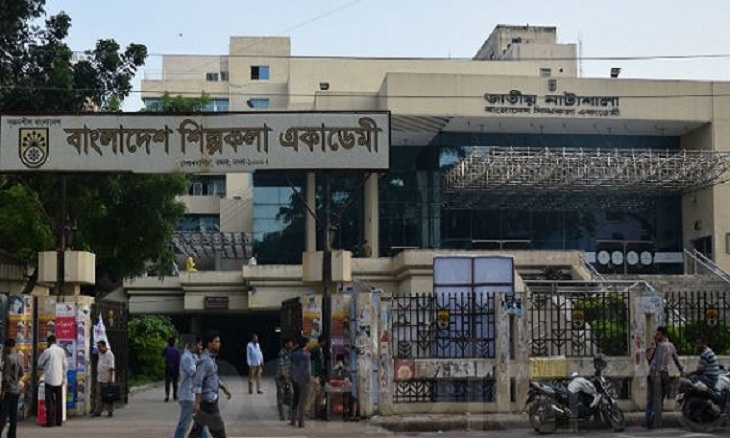 Bangladesh Shilpakala Academy on Tuesday announced the names of seven persons for the 'Shilpakal Award 2016' in seven categories.

Shilpakala Academy Director General Liakat Ali Lucky announced the names of the awardees at a press conference held at the Studio Theater Hall of the academy at Shegunbagicha in the city.

Each awardee will get a cheque of Taka one lakh, a certificate and a crest on behalf of the Shilpakala Academy, he said.

President Abdul Hamid will formally hand over the award to the recipients at a function at 3 pm on July 20.

Secretary of the academy Jahangir Hossain and Director of the Fine Arts Department Maniruzzaman were present at the press conference, among others.

The Shilpakala Academy has been conferring the 'Shilpakala Award' since 2013 under the initiative of Cultural Affairs Ministry.

The award is conferred for outstanding contribution to 12 sectors -- music, instrumental music, dance, dramatics, fine arts, recitation, photography, jatrashilpa, film, creative organizer, cultural researcher and folklore. Of the 12 sectors, the award is given in seven sectors every year.