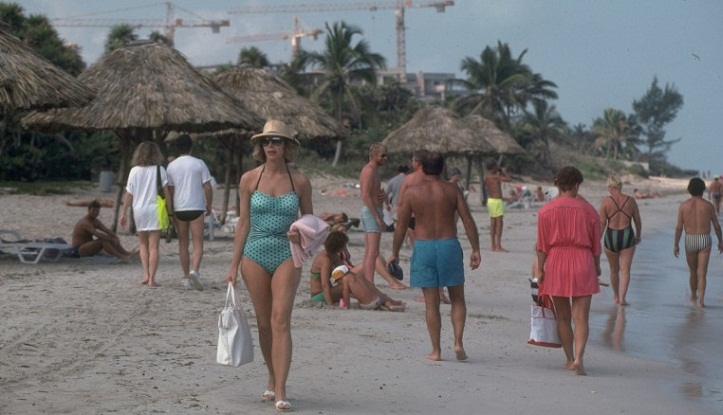 It attributed the tourism boom in part to Havana's resumption of diplomatic relations with the United States.

"The regions that contributed most to this result were North America and Europe," it said in a statement, adding that tourists from elsewhere also increased significantly.

The biggest increase in the number of visitors was seen in those from the United States, followed by Canada, Germany, France, Spain and Britain, thanks to resumed regular commercial U.S. flights to several Cuban cities and an increase in cruises from Spain, Russia, Canada and the United States.

Tourism is a major source of income for Cuba, along with medical and professional services. It contributed about 2 billion U.S. dollars to the Cuban economy in 2015.

The tourism ministry hoped the island country can attract more tourists, vowing to continue improving its services and efficiency in the sector.

The Cuban government is working to improve its tourism infrastructure by increasing investment in projects including building more hotels.