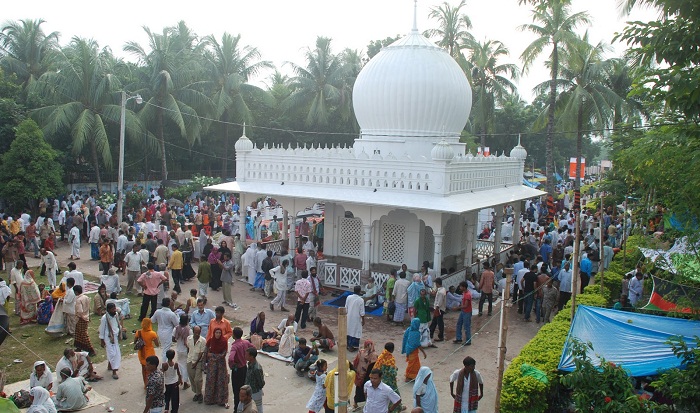 The 126th death anniversary of Fakir Lalon Shah, the most prominent figure of country's baul tradition, is being observed at Chheuriya in Kushtia on Sunday amid tight security measures.

As part of marking his death anniversary, different programmes including three-day fair, cultural function, conference of bauls and discussion will be held here.

Local administration has taken tight security measure to avert any untoward incident on the occasion.

Baul Bard Lalon died on the first day of Bangla month of Kartik in 1297.

On the day, Lalon Academy organised a three-day fair starting Saturday on a bank of the river Kaliganga at Chheuriya, Kushtia, where Lalon's shrine is located. Culture Affairs Minister Asaduzzaman Noor will inaugurate the three-day fair

Lalon devotees and enthusiasts from across the country gathered here to attend the programme featuring discussions and presentation of Lalon songs.

Lalon has secured a unique position in the history of traditional music for his humanitarian songs, blending philosophies of different devotional traditions.

Lalon composed about two thousand songs, according to experts. However, many rural bauls claim that the number would be over 10,000.