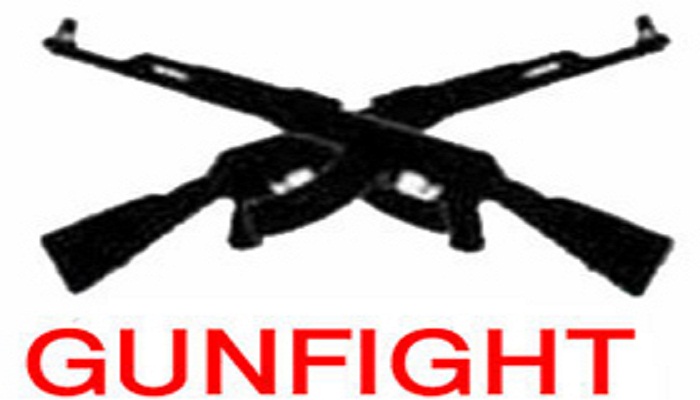 A leader of  inter-district robber gang was killed in a gunfight with police in Sarail upazila of Brahmanbaria district in the early hours of Friday, just 26 hours after he was arrested.

The victim is Manik Mia, 36, hailed from Chunta union of Sarail upazila.

Police arrested him when a gang of robbers numbering 15-20 under the leadership of Manik were preparing for committing a robbery at a house of Pakshimul union in the upazila.

Sarail police station officer-in-charge (OC) Rupak Kumar Saha said the police attempted to search villages of Pakshimul union along with Manik at the midnight past Thursday.

Sensing presence of the law enforcers, Manik’s accomplices launched an attack on the police team in a bid to snatch him away around 1:00am early Friday, leaving Mnik injured.

At one stage, Manik was caught in the line of fire and sustained
bullet injuries.

He was rushed to Sadar Hospital where doctors declared him dead.

Five policemen, including sub-inspectors Alim and Amzad, were injured
in the gunfight.

Manik was accused at least 10 cases with the Sarail police station in connection with murder and robbery.