Chittagong transport to go on strike from Sunday 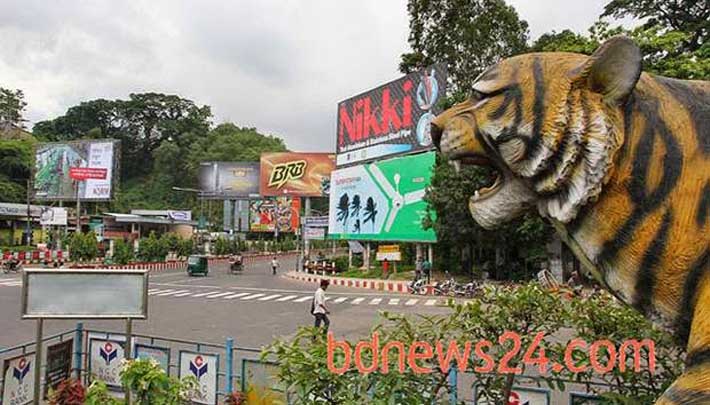 The demands include the release of a huge number of trailers that have recently been seized by authorities on Dhaka-Chittagong highway for carrying overloaded containers and stopping harassment on trailer drivers and workers.

Workers-Owners Oikya Parishad of Prime Mover-Trailer and Bangladesh Road and Transport Workers Federation threatened to go for strike as a meeting with the Chittagong District Administration over the issue on Thursday ended without any fruitful decision.

The owners and workers have threatened to stop plying all types of vehicles in the region, if the demands are not met by Saturday,

On the 4th day of the indefinite strike enforced by owner and workers of ‘prime mover trailers’ to meet their seven-point demnad, Shamsul Arefin, deputy commissioner of Chittagong, sat in a meeting with them in the afternoon.

But the meeting ended without any resolution, said Abu Musa, president of Bangladesh Road and Transport Workers Federation.

If the authority fails to meet their demands by Saturday next, they would go for strike on Sunday with, added the transport leader.

Meanwhile the indefinite strike crippled cargo container movement between Chittagong port and inland depots as 40,259 TUJ containers have been jumbled in the port yard, exceeding its capacity of 36,367 TUJ containers.

The strike was enforced on Sunday after a number of workers and drivers were allegedly harassed and assaulted at Daudkandi weighing scale on Dhaka-Chittagong highway.

Earlier on August 16, the Road Transport and Highway Department issued a notification fixing 33 tonnes as the maximum permissible load for a 14-wheeler ‘prime mover trailers’.