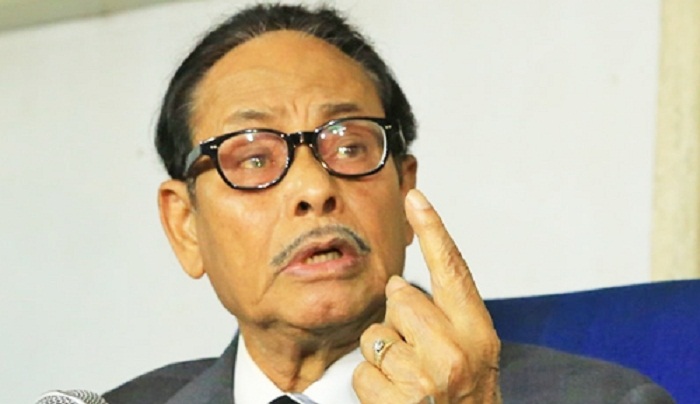 Earlier, a group of terrorists attacked Yasser while he was returning home after offering Fateha at his father's grave at Munshipara Central Graveyard in the city after Juma prayers on Friday last.

Presidium Member of JP and former Minister GM Kader and local leaders of JP and its associate organisations accompanied Ershad during his visit to the RMCH.

Ershad enquired about health conditions of Yasser and extended support to the dawn-to-dusk hartal on Thursday next as announced by the district and city units of JP from a protest rally arranged today in protest against the terrorist attacks.

Earlier, the district city units of JP today brought out a protest rally from district JP Office on the Central Road in protest against the attacks on Yasser at Katchari Bazaar zero point in the city.

The speakers strongly criticised the law enforcement agencies for their failure in arresting the criminals behind the attacks on SM Yasser during the past three days and demanded immediate arrests them.