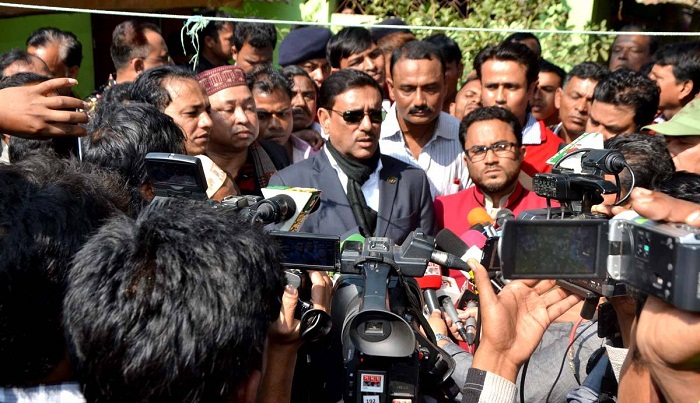 Road Transport and Bridges Minister Obaidul Quader on Sunday said none has to do anything to break the alliance headed by BNP as its own allies are enough to break the coalition.

"Awami League does not need to engage itself in any conspiracy to break any alliance. It is in a good position. BNP's own allies are enough to break the party and their alliance," he said.

The minister said these while talking to newsmen after offering Fateha at the grave of Sahabuddin Forayeji, a leader of Awami League of Pekua upazila in Cox's Bazar this noon. Quader also consoled the family members of Forayeji, who has been killed in an attack by the miscreants, BSS reports.

"They have sought the resignation of Prime Minister Sheikh Hasina recently. They made the same demand hundreds of times. But BNP now is not in a position to raise such a demand. BNP leaders and activists themselves should resign simultaneously. They are extremely disappointed," he said.