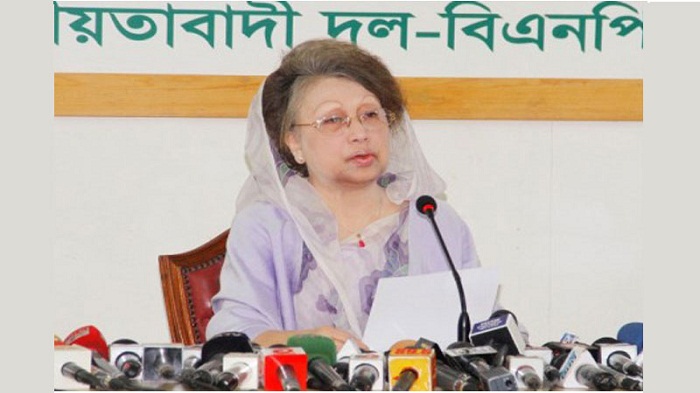 BNP chairperson Khaleda Zia sat with her party's senior leaders on Monday night and discussed the party's preparations for its January-5 rally.

However, there was no briefing after the meeting.

BNP will hold a rally in front of its Nayapaltan central office on Tuesday afternoon marking what it says the ‘democracy killing day’. BNP chairperson Khaleda Zia will address the rally.

BNP had also tried to hold a rally with black flags in front of its Nayapaltan central office on January 5 to observe the day as 'Democracy Killing Day' last year unlike Awami League that showcases it as 'Democracy Saving Day'.

However, the party could not hold the programme as the government reportedly besieged its chief Khaleda at her Gulshan office on January 3 and locked BNP's Nayapaltan central office.

Having failed to come out of her office on January 5, Khaleda announced a countrywide transport blockade demanding a fresh election. The programme continued for 92 days amid widespread violence, including petrol bomb attacks, killing over a hundred people.

Besides, most BNP senior leaders were implicated in many violence cases while many of them were arrested and thousands others went into hiding.