Bashundhara Kings’ Brazilian forward Dorielton Gomes Nascimento scored a sensational bicycle kick goal to help his side beat Bangladesh Police Football Club by a 1-0 margin during their fifth match of the ongoing Bangladesh Premier League 2022-23 at the Bashundhara Kings Arena in the capital on Friday.

Dorielton netted the match-winner in the 27th minute of the game with a brilliant acrobatic kick from the right flank inside the box off a cross from forward Rakib Hossain.

To make proper use of the cross, the unmarked Dorielton twisted his body and executed an acrobatic powerful volley which flew past the Police FC goalkeeper Md Nehal into the near post. 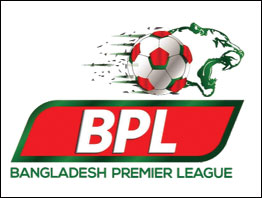 The goal reminded Richarlison’s famous scissor kick for Brazil against Serbia during the recently concluded FIFA World Cup in Qatar that also won the best goal of the tournament award.

Apart from that, the goal will surely be one of the top goals ever scored in a domestic match in Bangladesh.

The country’s largest business conglomerate Bashundhara Group’s Chairman Ahmed Akbar Sobhan was present at the venue and he enjoyed the day’s match from the VIP gallery.

Kings, however, got a big blow when midfielder Sohel Rana got the marching order after conceding a second yellow card in the 76th minute.

Kings also got some close chances to extend the margin but failed to convert those opportunities and had to be content with a solitary goal victory at the end.

In Mymensingh, after a goalless first half, Nigerian defender Najeem Junior Adeyinka scored the match-winner for Muktijoddha SKC in the 60th minute.

Bangladesh on verge of making another SAFF history